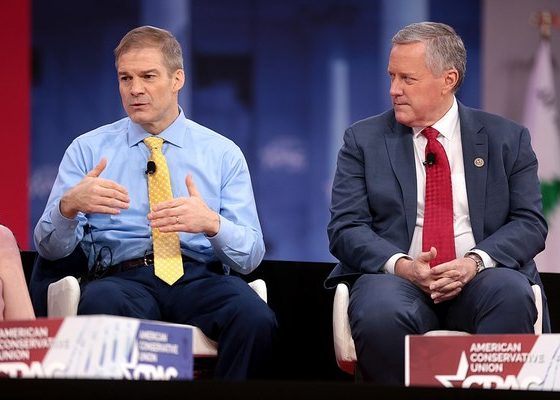 The House Select Committee tasked with investigating the events of Jan. 6 has admitted to altering messages between former President Trump’s chief of staff mark Meadows and Republican Rep. Jim Jordan.

As The Federalist reported on Wednesday morning, on Jan. 5, 2021, Jordan forwarded to Meadows a three-paragraph legal summary from attorney Joseph Schmitz, summarizing a four-page legal memorandum Schmitz had written regarding congressional certification of the 2020 presidential electoral vote count.

In a statement provided to The Federalist via email, a Democrat spokesman for the Jan. 6 committee confessed that the committee doctored the text message.

“The Select Committee on Monday created and provided Representative Schiff a graphic to use during the business meeting quoting from a text message from ‘a lawmaker’ to Mr. Meadows,” the spokesman wrote. “The graphic read, ‘On January 6, 2021, Vice President Mike Pence, as President of the Senate, should call out all electoral votes that he believes are unconstitutional as no electoral votes at all.’”

“In the graphic, the period at the end of that sentence was added inadvertently,” the spokesman admitted. “The Select Committee is responsible for and regrets the error.”

The Jan. 6 spokesman offered no explanation of how the message was changed or why the words were attributed to Jordan and not his attorney.

Because even though the Demented Democrats commit crimes and treason all the time, they’re still lousy at everything they do, say and condone!!

The wicked little scuts should never have had access to the private tweets in the first place. They have crossed the line and now I fear the US has crossed the line to become a Soviet republic under the thumb of a new KGB.

See the pattern? The House dems doctor documents then say “oops’, apologize and then go on their merry way to do it all over again. They know they can do as they please and all they have to do is “tell the truth about what happened” and they’re forgiven. What a crock. Time to fire all these liars. Don’t wait for an election. Someone fix this, please.

god continues to bless his globalists and all their puppets; $oro$ and demonrats and rinos and fbi CRIMINAL organization and media and libby snow flake sheep and altar boy raping demonrat priests .

Once again, If Democrats could not Lie, they would not be able to communicate!

They need to be kicked out of congress.

Guess it’s true! Demorats are above the Law’s! They say that no one’s above the Law’s! What they really mean is that they believe that they are. Someone’s Not Up Holding the Law’s against con-gress. Most have broken their Oaths to Office. Law’s are for We but Not for the 😡.

Lockum Up! Still waiting for Killary too go to federal prison.

Schiff is a grotesque and shameless liar of pshycopathic proportion.
And his lies are so transparent and dumb a child could easily see through them.

His comments and rants are so stupid they are comical.

But don’t laugh, the grub is dangerous.

where to get psilocybin mushrooms

[…] Read More on that Topic: thehollywoodconservative.us/articles/jan-6-committee-admits-to-altering-texts-between-mark-meadows-and-rep-jim-jordan/ […]