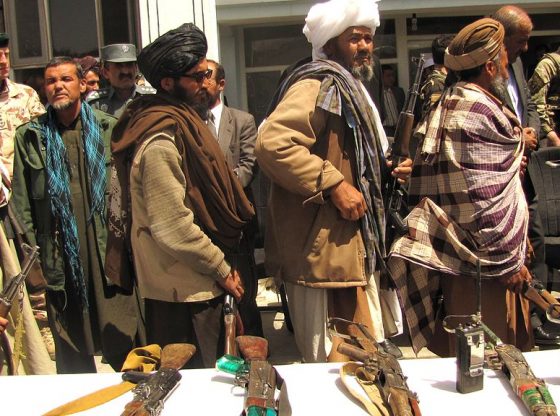 On Thursday afternoon the Islamic State officially took credit for two bombings in Kabul which killed at least 12 U.S. servicemen and more than 40 Afghan civilians.

The group took credit via its Amaq News Agency on the social media app Telegram, according to Reuters. A suicide bomber “managed to reach a large gathering of translators and collaborators with the American army at ‘Baran Camp’ near Kabul Airport and detonated his explosive belt among them, killing about 60 people and wounding more than 100 others, including Taliban fighters,” the terror group said.

U.S. Central Command Commander Gen. Kenneth McKenzie confirmed the attack was carried out by ISIS during a Pentagon press briefing Thursday afternoon. “Two suicide bombers, assessed to have been ISIS fighters, detonated in the vicinity of the Abbey Gate at Hamid Karzai International Airport, and in the vicinity of the Baron Hotel, which is immediately adjacent,” McKenzie said. “The attack on the Abbey Gate was followed by a number of ISIS gunmen who opened fire on civilians and military forces.”

The Pentagon confirmed the attack killed 12 U.S. service members and wounded 15 more, in addition to killing at least 60 Afghans.

ISIS released a photo of one of the alleged bombers. U.S. officials had warned since last weekend of the threat of an ISIS-K attack on the airport. ISIS-K is a regionalized offshoot of the Islamic State in the Khorasan region, located in northeast Iran, parts of Afghanistan and other parts of central Asia.

There is an ongoing threat of additional attacks in the area, specifically car bombs.

Yes this is how the communist democrats want to rule their slaves in our United States of America! Strip us of our Constitution and Bill of Rights to become the tyrants with the whips and chains for their slave population!

Wait a minute! You say they want a slave population? Demorats say they have been against slavery since 1865?? (But then again, lying is in their blood!)