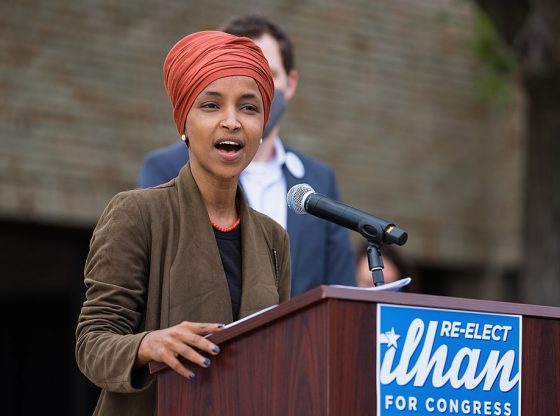 Ilhan Omar and many of her progressive comrades now appear to be doubling down on a far-left political platform in the wake of major losses for Democrats in Tuesday’s elections.

Progressive Democrats led by Ilhan Omar suggested the party needs to go even further to the left and didn’t do enough to combat the Republican’s ‘race-baiting bulls***’ as warring factions played the blame game for Terry McAuliffe’s crushing defeat in Virginia and a close race in New Jersey on Tuesday night.

Senator Tim Kaine (D-Ohio) said he hoped his colleagues would treat the dismal showing like the ‘Ghost of Christmas Future’ and moderates called for an end to in-fighting with Biden’s agenda still stalled and his approval ratings plummeting.

Even the mainstream media was damning of the results and the fallout with CNN saying Biden returned from Europe to a ‘political nightmare’, The New York Times suggesting the president’s falling approval rating ‘heavily shaped’ the dismal showing, and The Washington Post said it confirmed the collapse of the coalition that propelled the Democrats to victory over Donald Trump in 2020.

‘Squad’ member Omar (D-Minn) let it be known she believes the party’s establishment wing is to blame in Virginia, on a night when voters in her Minneapolis constituency rejected a proposal to replace the cops with a public safety department.

On the other side of the Democrat political aisle, Joe Manchin of West Virginia urged his fellow party members to take Tuesday’s results as a ‘cautionary tale’ that should encourage the party to refocus on the real issues actually effecting their constituents.

I second the motion. It is time for the GOOD people of America to act. We
have a bunch of do nothings in our government of all parties that are overpaid and underworked.

Being woke, does that mean we see all the crimes Omar committed and haven’t been charged?

then banished from USA forever!!! Along with Jihadists Obama, et.al.

I say send that useless b**** back to where she came from she has no right being in this free country she is a trader should face prosecution.

go home< nobody wants you here, have not a clue how you got voted in… but you are the farthest thing from american, absolute opposite

Pinhead omar is an “illegal immigrant” who gained access to US citizenship through fraud; therefore, her citizenship should be rescinded and she should be shipped back to the sand dune she came from – -OR, she should be arrested, charged with espionage (as in spy) and housed at GITMO until her execution, which IS the penalty for espionage AND treason.

Nobody cares what they “demand”. They are irrelevant and are to be ignored.

Seems to me the nation is waking up in large numbers and the people are fed up with democrats having their way with kids, old people, international relations, immigration policy, ballot manipulation, gun control and on and on. Some speculate that Biden won’t make it through 2022 and Pelosi will lose the speakership when the GOP controls the House.

Americas woke up in 2016 and 2020 and supported and voted and elected Trump, globalists and their demonrats and rinos and media need to keep our southern border open so their illegal criminal invader voters continue to supply their libby snow flake sheep with illegal drugs to keep them addicted and stupid and refuse to leave the demonrat plantation .

Yup❗️She would know, just 👀 at Somalia, where’s she from, though, it’s gotten much better, ever since, she left…just go “triple-down” on stupid-stuff. 🤷🏽‍♀️

The only people who are race baiting are demonrats like YOU Omar! 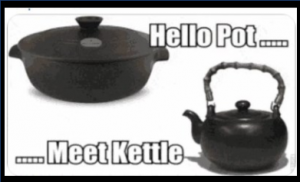 I FOR ONE ” DEMAND THIS IDIOT BE CENSURED ” AND KICKED OUT OF CONGRESS AS ANTI-AMERICAN AND AIR MAIL HER BACK TO HER SLUM C OUNTRY, ” SAMOLIA “!

airmail means to drop her ass out of an airplane at 30,000 feet.

Well… I would be tempted to say that she could kiss my ass but, on the other hand, there is No way that I would want to be within a half mile of this vile excuse for a human being, let alone have “it” within “kissing distance” of that part of my anatomy… or Any part, actually. 😜

Can we investigate Omar family , assets and her

You should be in prison for fornicating with your brother, DEPORT THE PIG

Another article as well as comments that emphasizes grievance and resentful politics. How about discussing her and our policies not personalities or race. We should be discussing about raising minimum wage, paternity leave, childcare, free college tuition, capping drug prices and all the other policies the Democrats are trying to take credit for. Please be curious before you comment.

You sound just like her, a progressive dem,, free,free free . a burger flipper needs 25 and hours well then so does the ditch digger right ? that only hurts the smaller and primarily the start up companies which are or become the backbone of our economy. Her personality exposes her hatred for our nation unlike Trump and we saw his personality attacked constantly. Her race yeah as all dems do they make everything about race as they push crt so fair game I say. furthermore as they take credit for socialist programs people are waking up to the damaging results.

Illhan Omar committed a felony when she fake married her brother to get him citizenship in our country and needs to be prosecuted and exiled to Afghanistan with all the other communist democrat cult party members!

woke means STUPID. Omar wants all the demorats to step up and be MORE STUPID. heheheheh Dumb ass looser.

Honestly I have never met her but I don’t WANT to. I would gladly contribute to a fund to drop-kick her back to any socialist shathole country of her choice: China, Venezuela? People’s Republic of Vietnam? Wait, how about Afghanistan? She would not need a husband there.

“Ilhan Omar and many of her progressive comrades now appear to be doubling down on a far-left political platform in the wake of major losses for Democrats in Tuesday’s elections.”

good riddance, don’t let the USA hit you on your ass, cuz we all know you
deserve it

[…] Here you will find 57709 more Information on that Topic: thehollywoodconservative.us/articles/illhan-omar-progressives-demand-democrats-double-down-on-woke-policies-after-blowout-election-losses/ […]

[…] Info to that Topic: thehollywoodconservative.us/articles/illhan-omar-progressives-demand-democrats-double-down-on-woke-policies-after-blowout-election-losses/ […]

[…] Find More on that Topic: thehollywoodconservative.us/articles/illhan-omar-progressives-demand-democrats-double-down-on-woke-policies-after-blowout-election-losses/ […]