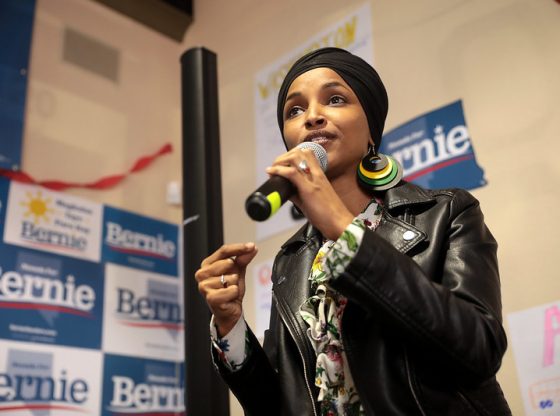 Radical far-left representative Illhan Omar has now been arrested in Washington, D.C. during a protest outside the Supreme Court.

Today I was arrested while participating in a civil disobedience action with my fellow Members of Congress outside the Supreme Court.

I will continue to do everything in my power to raise the alarm about the assault on our reproductive rights! ✊🏽pic.twitter.com/rpFYOGBDf4

Earlier in the day, Omar’s office had said the Congresswoman would be participating in an event at the United States Supreme Court Tuesday to protest the overturn of Roe v. Wade.

Omar, who is a practicing muslim, has been a vocal and longtime opponent of the rights of the unborn.

Omar, , continuing to prove the terrible representative she is for America……..She is against everything America stands for, and continues to violate her Oath of Office……..

How in God’s name did she win her seat in Congress?! She obviously hates America and all that it stands for. She’s arrogant and haughty in all her dealings, she disrespects the country she represents.

She sure did not look like she was arrested. She pretented to have handcuffs, but could wave to her supporters. Plus there were no cops escorting her. What kind of arrest was that? The same was with AOC She did not have handcuffs and could wave too. Never saw them get put inside a van or police car. They were just escorted away. The same way AOC said about the Jan.6 insurectionists, escorted.

The sad thing is, that the ignorant liberals will believe the propaganda.

Great! Will she go to jail to be locked up with all those twilight males who identify as ‘wimmen?’

She needs no rights to have sex, she already is a perverted twit.

Anything to reduce non-Muslim population so the Muslims can overtake America in numbers to obtain control. that’s what they are doing in Europe. Wake up or you’re going to kissing Allah’s ass five times a day if you like it or not. This is a holy war from the “Religion of Peace” for the NWO to take over the world.
Sucks to be young people today and they are totally stupid about it. Balless wonders who can’t wipe their ass without an AP for that. Glad I am old and no kids to go through this BS. I think WWIII has started, and you just don’t know it. If Russia destroys that nuclear power plant and the fallout wipes out Europe, then will NATO nuke Russia or just sit back and watch? Between the war, climate change and plastic pollution man has triped over center and is on the way off this planet. All the “GREEN CRAP” won’t stop it. That just allows the elite and corporations to steal more money and give you a “Warm and Fuzzy” that they did something while bankrupting you to peasant level. I pray KARMA is coming for people like Gates, Soros and other elites doing this. I never have figured out “WHY” I guess money corrupts their mind into a “GOD” mode where they need to control everything, WE have screwed the planet and it is screwing humans back. Good Luck!