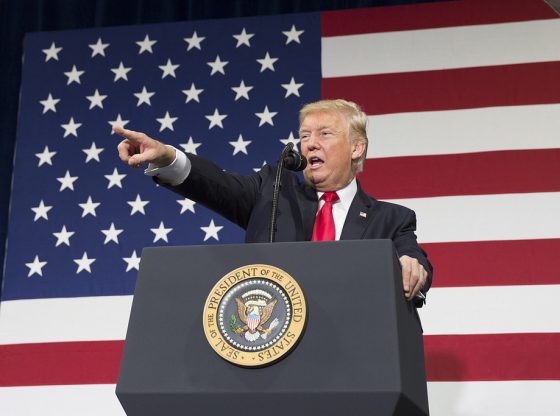 The Republican Party has its eye on the prize for 2022 and nothing can stop us from winning back the House. The House Republican fundraising arm, the National Republican Congressional Committee (NRCC) hauled in about $20.1 million last month gearing up for next year’s elections.

The committee touted that the June fundraising was its fourth straight record-breaking month, and that its haul the past three months was its largest off-election year quarter in NRCC history. The committee also showcased that it brought in $79.2M the first six months of 2021, far surpassing the $44.5M raised during the first six months of 2019, the similar period during the last election cycle. And it noted that the 2021 haul was the best first-half fundraising total in committee history.

The NRCC also spotlighted that it had $55 million in its coffers at the end of June, more than double the $25.6 million cash on hand it had at the same point in the last election cycle.

“We will take back the majority next fall and voters are doing everything they can to help us accomplish that goal,” NRCC chair Rep. Tom Emmer of Minnesota said in a statement.

The rival Democratic Congressional Campaign Committee (DCCC) reported last week that it brought in $36.5 million the past three months, roughly $9 million shy of the NRCC’s haul, which included a $5 million transfer from the Republican National Committee. The DCCC also reported raising $14.4 million in June, with $44 million cash on hand, around $11 million less than what the NRCC reported having in its coffers.

Next year’s mid-term battles are expected to raise record-breaking mounts as Republicans seek to win back the majority and Democrats fight to stay in power.

Let us hope the Republican Party will use the money to defeat the Democrats in 2022 and 2024. The fate of this nation depends on it

Wait till Soros starts dumping money in the democratic coffers

Ha! That ain’t what I hear. How many emails do I receive each day saying: We FAILED. We FAILED to meet our goal. So where’s the $$$$, GOP? Where’s the BEEF?

[…] Read More on to that Topic: thehollywoodconservative.us/articles/house-gop-sets-new-fundraising-record/ […]