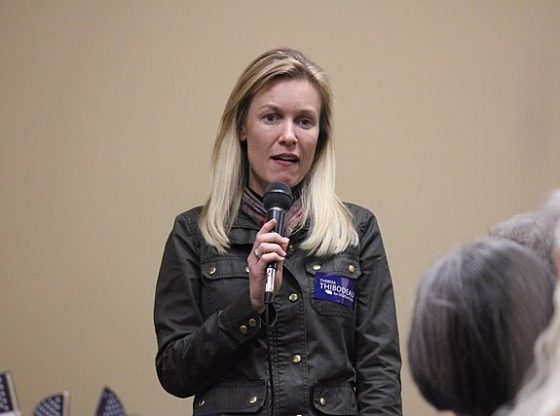 At a press conference alongside Loos, Thibodeau described him as “someone who served on President Trump’s [agricultural advisory] committee, and an individual who traveled this country for 14 months, going out and talking about our freedoms, and how they are being chipped away, and how Americans can stand up so that we can cherish our everyday for years,” according to footage shared by an NTV News reporter.

“We have to continue to do the legwork. Get to the people and make sure that they get to meet Theresa Thibodeau, and they know what she stands for,” he said. “They know that she is a stellar for the respect of life – the right to life and will take a stand to keep tyranny at bay. That’s our next job is to make sure the people meet her and know her.”

Thibodeau, a former state senator, joined the Republican primary for the Nebraska governor’s race last year, according to The Lincoln Journal Star.

Advertising herself as a “pro-life conservative Republican,” her campaign touts her credentials as a daycare business owner, her work on the Omaha Personnel Board and her appointment by Gov. Pete Ricketts (R) to serve in the Nebraska state legislature.