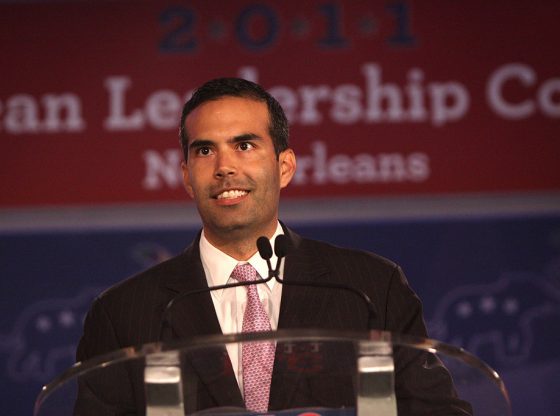 After weeks of hinting, former President George Bush’s nephew George P. Bush has announced he is running to become the Attorney General of Texas. Bush, the current Texas Land Commissioner made the announcement at a campaign event in Austin

Bush drew attention to Paxton’s ongoing legal troubles at the event, according to the Texas Tribune. Paxton was indicted on charges of securities fraud in 2015, and the case is still working through the legal system as of now. In October of last year, several top aides accused Paxton of abusing his office to help allies and accepting bribes.

“Enough is enough, Ken,” Bush reportedly said at Wednesday’s event. “You’ve brought way too much scandal and too little integrity to this office.”

Bush has been the only member of his family to publicly support former President Donald Trump, who is also reportedly friendly with Paxton. Bush tweeted in May that he had met with Trump in Florida, and said he would support Trump if he ran for the White House again in 2024.

George W. Bush did not support Trump in either of his presidential runs. Jeb Bush publicly feuded with Trump on multiple occasions after their 2016 primary fight, and former President George H.W. Bush, George P. Bush’s grandfather, reportedly called Trump a “blowhard,” while Trump took several public shots at him prior to his death in 2018.

So far, Ken Paxton has avoided announcing if he plans to run for a third term as Texas Attorney General. Former President Trump has yet to weigh in on the race but if Bush manages to get his endorsement it will undoubtedly attract considerable support in the Lone Star state where Trump still has a firm hold over the GOP

NWO. This candidate is not who we need.

Another cross-eyed idiot from the progeny. Symptoms of the Bush progeny are gutlessness, lack of spine, and turning on anyone who is pro-Constitution and pro- American.

We don’t need another phony Bush in politics. They don’t care for the people, all they want is power. Another “globalist” we need people who care about America! God Bless our President Trump!

Texas needs to end this dynasty. The young Bush should be firmly put out of politics as the entire family is a bunch of rhinos and we need to weed rhinos from the politics of the GOP not add the next generation of rhinos to the GOP. And if you add a Bush at any level, then there is no clean up of the party and we are just continuing the Bush Dynasty in politics. There has got to be good a GOP person who can run for that office and win other than another Bush person. NO.MORE.BUSH.DYNASTY and this one is third generation.
>
NO MORE BUSH babies in politics. Same with Romney, Cheney, Murky, Collins, etc…All establishment and globalist. Term limits are the best defense against these forever politicians in our city, state, and federal offices. Why is congress allowed to be forever reelected to office? Because that bunch fell through the cracks when the constitution was drawn up. OUR forefathers assumed that congress would have the best interest of the people at heart first, and not their own greed and welfare first. And today the dim wits and rhinos have their fraud machines in full command of the voting polls, and they vote themselves all the perks they want. Of course, no one but them can use some of those perks.
>
As Stalin, the dictator of Russia until he died, said, “It is not how you vote, but WHO counts your vote!”.
>
The scum today are self serving and out to become millionaires and billionaires with their insider trading, etc.. Do not add to that miasma, clean it up. And remember, rhinos lie as good as dim wit. Murky, Romney, Cheney, and those 35 reps that helped Old Nanc pass her horrid infra structure bill. And remember bailing out stupid dim wits in control like in Oregon was part of that bill to repair their burned out cities. That was after the dim wits in control allowed the destruction that is still going on!!!

Time for the Bush’s to get out of politics; they’re just like the Kennedy’s of old. If Bush hadn’t gone into Iraq to get rid of Saddam Hussein, we probably wouldn’t have had ISIS/9-11/problems with Iran, etc, etc. I’m glad I don’t live in Tx. because I sure would be working to keep him out of politics.

This person is not right for the job. He goes to run I would bet money this poll will be rigged people like this never wins on fair election. Whoever is running also I vote for the other person. No more bushes they all need to be in jail instead of being out free to be running