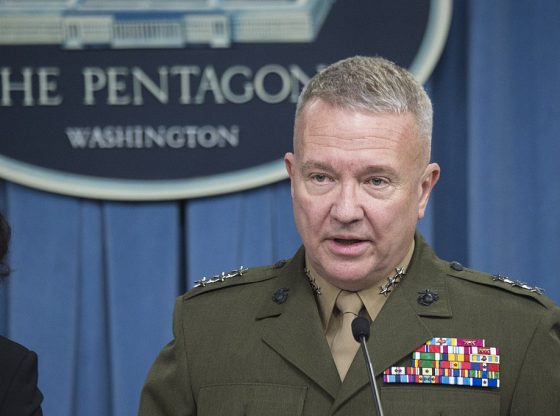 During a press briefing, General Kenneth F. McKenzie Jr, commander of U.S. Central Command said that the United States is currently relying on the Taliban for protection. The shocking news came after ISIS carried out two suicide bombings in Kabul Thursday morning, killing at least 12 U.S. service members and killing more than 40 Afghan civilians. General McKenzie revealed during the briefing that the United States is not only sharing information with the Taliban but also relying on them for protection in the area.

“We share versions of this information with the Taliban, so that they can actually do some searching out there for us. And we believe that some attacks have been thwarted by them,” he said. “We cut down the information we give the Taliban, they don’t get the full range of information that we have, but we give them enough to act time and space to try and prevent these attacks.”

McKenzie said he expected such attacks to continue and that the U.S. military is doing everything it can to be prepared for those attacks.

“That includes reaching out to the Taliban, who are actually providing the outer security around the airfield to make sure they know what we expect them to do to protect us, and we will continue to coordinate with them going forward,” he said.

There is still a threat of additional attacks from ISIS in the area, especially a “high” risk of car bombs.

What are you smoking, General? Our Military deserves better than you!

This Marine Veteran this this USMC General has the Biden Odor all over him!

Does anyone over 30 think the United States of America would ever ask the Taliban of Afghanistan for help?

Did obiden give them a list of American cities not to strike with an attack?

How long will the US last with obiden as “commander in chief”?

Relax. Biden will not be around much longer. He has less than nine weeks to resign. After that? Well, stay tuned.

Like the gang leader that couldn’t shoot straight? trusting terrorists ? Giving terrorists lists of people that they can hunt down and behead? What sort of fools are on China Joe’s team?

Milley is going to hang or be put against the wall for treason. Guaranteed.

I say Court Martial then dishonorable discharge for all of them. They are a disgrace.

They are not only a disgrace to this Country but to the uniforms they wear.

Most Generals (not all) are yes men and A$$ kissers, that’s how they get promoted.

Dear Generals/Adnirals. If POTUS directed the withdrawal as it happened, why did not you resign on the spot? Your withdrawal plan was totally backwards.
You now should resign for incompetence, because you obviously approved of POTUS’s plan.
RESIGN !

F. McKenzie is a disgrace to the Marine Corps. As a Marine (0311 Infantry) Vietnam combat veteran we were trained to never leave a man behind. Our unit would not leave the field until every effort was taken (even without orders) to retrieve our fallen. His compliance with this heartless administration is an embarrassment to the Marine Corps from its formation to present.

I agree, yet the Marines decided to arrest Lt. Stuart Scheller for just speaking out about what the Military was doing. This is a guy served 17 years and 5 deployments , yes these generals that testified in the hearings probably wont get even a slap on the wrist. So very sad.

Total insanity! Get these boot lickers out of the military!!!!

Where did those ignorant generals come from
They are all taking us down the road to more deaths. Time to retire those biden nitwits.

Those ignorant clowns were appointed by Obummer the America hating commie.

retire…no hang all of them. Biden (even though he is just following orders), these politicians, the media, the school administrators, the alphepet soup of govt agencies, and all the people that support them, and especially the super rich that haave paid for all of this..resign…no wy… they deserve much worse

SHAME SHAME ON YOU DICTATOR AHAB BIDEN YOU ARE A SHAMELESS HE GOAT;YOU ARE THE WORST OF THE WORST SO CALLED COMMANDER AND CHIEF.YOU ARE NOT EVEN QUALIFIED FOR A DOG POUND,YOU CANNOT BUILD BACK WHICH WAS ALREADY GOOD YOU ARE A DESTROYER OF GOOD TO BRING EVIL AND DESTRUCTION ON AMERICANS, IT’S TIME FOR THIS LUNATIC SENILE IDIVIDUAL TO BE IMPEACH,THIS ADMINISTRATION DON’T HAVE A WING TO FLY ON.

How did this guy pass out of grade school?

After the horrible Deaths of American Troops and Afghans, What is the Taliban protecting and why is the US Military depending on terrorists for the safety of our troops and Afghans ?

Biden’s Approval? Only a fool would approve of anything Biden does unless it’s his RESIGNATION!

I could only approve of little Joe facing a firing squad for treason.

A quick and speedy execution followed by a fair trial.

This is Biden’s Plan (Obama/Biden 3rd Presidential Term) was to find or deploy a crisis that requires massive Stimulus payments (we are in eight months of Stimulus payments). This is a replay of the Obama Playbook where The Democratic Socialists introduce a “free Program” like the ACA ACT (Obamacare) then force feed that program for six months or more to make the population dependent on that program. With nearly a year of the Stimulus $$$ being handed to citizens and non citizens alike, they’re becoming DEPENDENT on the Stimulus $$$, and now are demanding free housing, free healthcare, free college, and free everything. THIS IS THE BIDEN/OBAMA SOCIALISM beta 1, wait now for the “GREAT RESET’ where they confiscate ALL YOUR PROPERTY including your bank accounts “as an emergency!
The Democrats paid the Wuhan Virology Labs millions to develop the Covid virus, and Biden is importing the unvaccinated illegals from southern borders with their VARIANTS. WE CANNOT reach herd immunity when Obama and Biden is at the helm.

The promise of free stuff is all the snowflakes hear. If you ask them who is going to pay for all the “free ” stuff they answer the government. Now ask them where the government gets that money and you get a blank stare. When and if these idiots get a job they will find out the cost of all that ” free stuff”.

WE HAVE THE GREATEST MILITARY IN THE WORLD. GIVE THEM THE PROTECTION THEY DESERVE AND STOP PLAYING GAMES WITH THEIR LIVES. 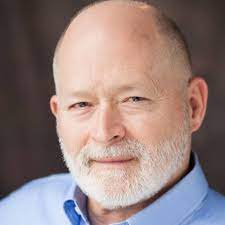 Every conqueror or foreign actor has come to grief in Afghanistan: Alexander, The British, the Russians. And now the US. These vicious tribesmen hate the West, they hate foreigners, they hate rival tribes, they hate themselves. I wonder if they descend from the fourth son of Ham (See Book of Genesis for details). I also wonder if they are possessed of devils. Some of their mountain caves in which they hide may be portals into Hell. As for the Taliban, let’s just put the wolves in charge of the hen house!

Ur right, of course… so wut do u think will happen to China moving in?

China will just kill everyone and mine the rare metals with Afghanistan people slave labor.

Let them stay in their caves, why are we always trying to NATION BUILD????? Let them kill each other. I’m 77 and I have seen enough of this crap.

THE BIGGEST FARCE FROM THE PENTAGON IS ALLOWING OUR TROOPS TO BE ” PROTECTED BY THE TALIBAN,” OUR ENEMY HERE , FOR THE SAFETY OF GETTING OUR TROOPS OUT OF AFGANISTAN NOW! THIS IN ITS SELF WIILL DEMORALIZE THE TROOPS IN BEING POLITISIZED AS NON FIGHTING MEN! TIME TO SMOKE BOMB THE PENTAGON TO REMOVE ALL THE RAT GENERALS LIKE ” MILLEY “, AND PUT THE ” GUTS BACK ” INTO THIS CESPOOL OF POLITICAL FOOLS! ” WHILE AT IT GET RID OF PHONY AUSTIN WITH HIS CRT MARXIST CRAP!

Looks like just another cowardly, so-called military leader that sucked up to Obama, so Obama wouldn’t fire him (back when Obama fired all the patriotic, America-loving brass that wouldn’t agree to shoot American protesters).

Unfortunately the Pentagon is now staffed with butt-kissers and pencil pushers rather than combat vets. Thanks to Obummer we no longer have the greatest military force in the world. Very sad.

It is time for some trials of these people for treason.

The Keystone Kops are in charge of the military!

this general is an idiot… how did he get to his position? I wonder who’s c.ck…never mind he could just be paid off but I would never fight for this asshole. He should be hung, after court-martial

Just one more ploy but Obama and the Commies to divide the USA, split the American people, distrust the Military, use leverage to make the Military bend an fight and kill citizens! Wake up America!

for decades they can read license plates from satellites but they somehow couldn’t see the army of Taliban running to take Kabul and all our people for lunch ? We have a censorship instead of national emergency declared and taking over the nerve system of the Country – the Mass media , you still believe in Covid 18 1/2 while the “vaccines” ARE THE PANDEMIC , Biden and family is a second grade pitiful bunch seduced by CCP billions but who has the power (Federal Reserve and many more) doesn’t need money . ” The people are the only true guardians of their own rights ” T. Jefferson -the streets are still empty …

Every one of these so called generals was hand picked by Obama. Obama forced out every general who didn’t fall in with his ” climate change is the most important threat the military has to fight” . Obama then put in only boot lickers and ass kissers to run our military. Our patriot soldiers deserve better than wussies that will destroy morale and promote left wing liberal knotheads as soldiers.

Have to wonder what Joe is now “ paying” to cover up Hunter’s scheme now?

Now that our swron enemy the Taliban had murdered its way into taking over Afghansitan – thankyou Mr President for making it happen in just 8 months. We have as instructed decided to give the sworn enemy the Taliban all of the Hi Tech arms and armament we had brought in to help the existing Government. In turning traitor on our own nation and “We the People” the president gave all this armament to the enemy and we in the Joint chiefs decided it was a good idea because treachery at our level had never been tried before. We expect that China, Iran and Russia will thank us for what their own espionage had been unable to secure. Theywilll finally be able to get those Abram Tanks and invade Israel. And Islamist terrorist everywhere will be able to get 5th Generation night vision which American Domestic police forces do not even have. Best of all if any of what has happened is a problem we know that Biden will at some point give us and him a Presdential pardon for our collective treachery – that’s never happened before either.

I would feel safer with the taliban providing my security than Joe biden.

IF we beg hard enough, and smooze the Talibad enough, you think they will give any of our toys back??????

When has it ever been done that the United STATES gets on their knees to the terrorist. And to these no balls upper command Who in the Hell gave you the power of God to take our COUNTRY into the FIRE of HELL. GROW SOME BALLS AND DO WHAT IS RIGHT FOR OUR COUNTRY OR GET THE HELL OUT NOW.