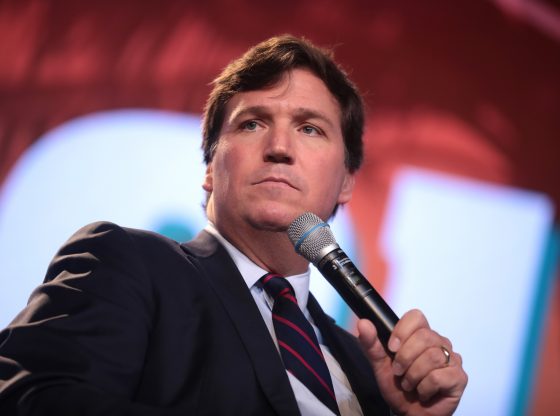 There is trouble brewing at Fox News. A recent report exposed Tucker Carlson as an alleged source for Liberal journalists. While this could be him trying to control the narrative, it has not sat well with fellow Fox host Mark Levin.

Levin recently slammed Carlson for being a source to the liberal elites.

Speaking Thursday night on his radio show (in a clip flagged by the progressive watchdog group Media Matters), Levin — without mentioning his cohort by name — addressed the revelation brought to light by Ben Smith of The New York Times earlier this week that Carlson is a go-to source for many reporters.

“I’ve been in this business almost 20 years,” Levin said. “I worked in the Reagan administration for eight years. I never once — not once — leaked anything to a newspaper or media outlet, ever. Let alone The New York Times and their ilk. Certainly not about the people around me.”

Levin added, “That is a serious misunderstanding of one’s role, of loyalty and character. Let me leave it at that.”

Levin, who hosts a show on Fox News Sunday nights, made the comments on his syndicated talk radio show. appeared particularly peeved at the idea that Carlson was a source for CNN anchor Brian Stelter’s recent anti-Fox News book, titled Hoax.

Levin made clear that he never leaked to people like Stelter and Oliver Darcy despite being approached by them.

This is a disturbing report. i would like to see more documentation to support the claim. Both gentlemen are among my most respected commentators.