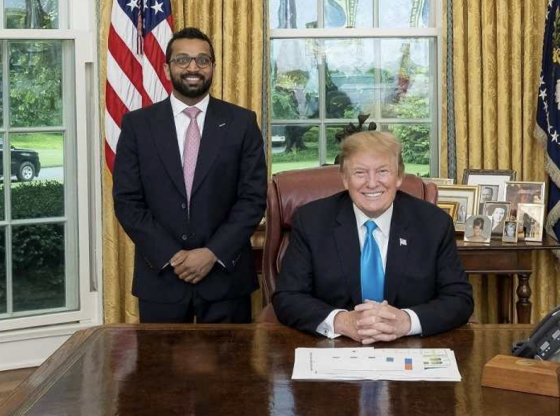 One of the Trump administration’s heavy-hitters is going after Big Tech. Kash Patel previously served as former deputy assistant to President Donald Trump and chief of staff for the Department of Defense is no stranger to fighting the liberal media. Patel, who first put himself on the map by working as a House Intelligence Committee investigator that helped expose the Russia Collusion Hoax has launches lawsuits against CNN and Politico but now he’s taking aim at Twitter.

Twitter’s Democrat bias has become common knowledge, especially after it booted President Trump from its platform. However, another example has affected Patel personally, the platform has allowed an account to impersonate him despite the fact it’s a violation of Twitter’s terms of service. To help conservatives fight against Twitter Patel launched a legal offense against the Big Tech giant.

“I’m launching this site to help conservatives fight back against speech suppression/defamation by leftwing activists, mainstream media reporters, and tech giants — but I repeat myself,” Patel told Breitbart News on Thursday.

Patel said the majority of the money will go to other people, and those interested in pursuing legal cases should contact him directly. He said he already has a huge network of lawyers who can take on cases.

Patel states on the website: “I’m done playing defense. It’s time to go on the offensive! That’s why I’m fighting back. But to win, I NEED your support to continue funding a top-notch legal team. So, make a gift now to help me strike a major blow to the far-Left media and Big Tech!”

“It is imperative that conservatives fight back against Big Tech. We can’t stay silent. I am glad to see Kash helping people fight back in courts,” Grenell said in a statement to Breitbart News

Money can be donated to HERE to Help KASH FIGHT.