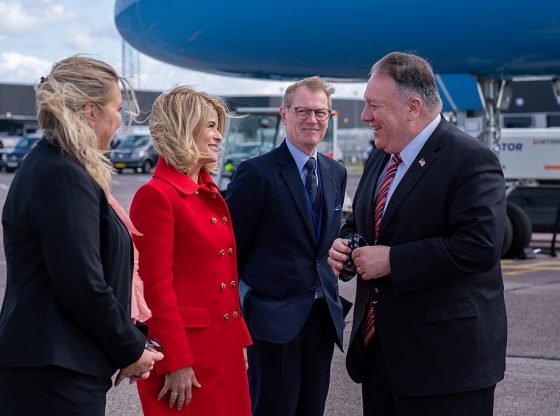 This is Pennsylvania, the home we love. I am proud to announce that I am running to be your next United States Senator! I will never give up and I will never stop fighting for you. #PAFirst https://t.co/SSgDz0ZTIw pic.twitter.com/QtUW59AqK4

“Government and career politicians aren’t serving the people. The radical left isn’t looking out for you. That’s why I’m stepping up,” Sands says in the video, while also vowing to “stand up to woke culture, censorship and critical race theory.”

“This is our commonwealth. This is our home,” she continues. “I will never give up. I will never stop fighting for you. I’m Carla Sands. I’m running for United States Senate. Join me. It’s time to put Pennsylvania first.”

Sands’s announcement puts her in contention with five other candidates in the race for the GOP nomination to replace retiring Sen. Pat Toomey (R). Other top contenders include real estate developer Jeff Bartos and former congressional candidate Sean Parnell.

Sands touted her work with former President Trump in her campaign video and noted the need for more election security. This comes as more Pennsylvania Republicans have said they would be open to an election audit similar in style to the one in Maricopa County.

More power to you, Ms. Sands! May PA turn like AZ and institute safeguards of voter integrity.

Investing in the stock market

[…] Read More on that Topic: thehollywoodconservative.us/articles/former-trump-ambassador-launches-senate-campaign/ […]

[…] Find More to that Topic: thehollywoodconservative.us/articles/former-trump-ambassador-launches-senate-campaign/ […]

[…] Info to that Topic: thehollywoodconservative.us/articles/former-trump-ambassador-launches-senate-campaign/ […]

[…] Information to that Topic: thehollywoodconservative.us/articles/former-trump-ambassador-launches-senate-campaign/ […]