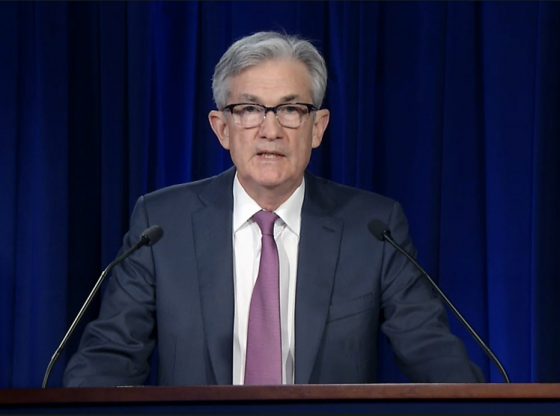 On Wednesday, the Federal Reserve raised the central bank interest rate by 0.75% as it more aggressively fights rising costs to consumers.

On Wednesday, the central bank announced a rate increase of 0.75% — a sign it is acting more aggressively to fight rising consumer prices. It’s the first time since 1994 that the Fed raises the rate by that much.

The consumer price index, a key measure of inflation, came in at 8.6% on a year-on-year basis — hotter than expected last week. That triggered volatility in the stock market early this week. Notably, food price increases are hitting 40-year highs, while gas prices are also at a record-high. The higher-than-expected inflation reading jostled markets early in the week. On Monday, the S&P 500 officially entered bear market territory.

Market watchers say the Federal Reserve is trying to thread the needle of cooling off inflation while not tanking the broader economy.

“Chairman Jerome Powell and his colleagues are walking a monetary policy tightrope hoping to avoid a recession while dampening demand,” said Mark Hamrick, senior economic analyst at Bankrate in a note.

The higher cost of energy translates into higher costs of all goods and services. This really is not rocket science and does not take much intelligence or brain power to understand. I guess this explains why Biden and his handlers don’t get it!!!

Let’s examine this interest hike. Every company uses 30-60-90-120 day payment plans. Therefore an interest hike increases costs to all manufacturers. This leads to HIGHER prices, not lower prices. Meanwhile, the ENTIRE US economy is built upon the justice/legal trade (think courts, attorneys and prisons, education, medical care (insurance), military, and most importantly the building trades which lead to LENDING. Lending was the REASON for the recession! It was the ONLY “productivity” of the USA at the time besides Construction which actually was low at the time.

SO, the FEDS are telling us that SLOWING the economy is better than speeding it up. Ok, but if we are not pumping oils then we are sending all US $$ overseas in purchase of oil while we cut our own throats by ending employment opportunity in an already FALSE unemployment rating.