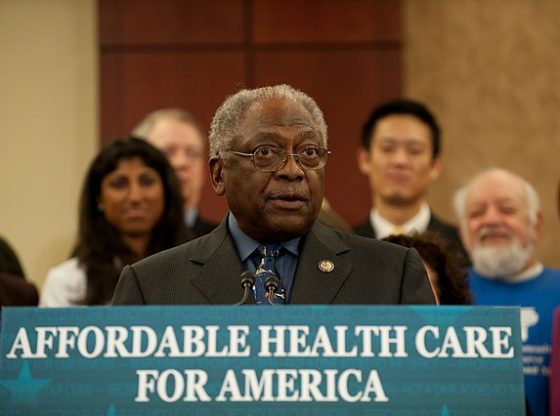 The Clyburn campaign paid 49 Magnolia Blossom LLC $62,500 in 15 installments from March 2020 to January 2022 for “office rent,” according to FEC filings. 49 Magnolia Blossom LLC was incorporated in 2018, with Clyburn’s son-in-law Walter A. Reed listed as the company’s agent. Walter Reed is married to Clyburn’s daughter Jennifer Clyburn Reed, whom President Joe Biden appointed federal co-chair of the Southeast Crescent Regional Commission. In addition to the funds paid to his LLC, the Clyburn campaign paid $650 to Walter Reed personally for “office maintenance lighting” in May 2021, Fox News noted.

The Clyburn campaign has also paid the congressman’s other daughter and son-in-law, Angela and Cecil Hannibal, a combined $90,762 for various activities dating back to 2010.

Rep. Clyburn is among multiple Democrats who have funneled campaign funds to family members. California Rep. Maxine Waters paid her daughter more than $100,000 during the 2018 election cycle.

This is nothing new, just names change. Nothing will happen to him or anybody else, one or more have used info for insider trading making millions. It will never stop. There are individuals from both sides who do things like this, and nothing happens. They make money by losing, Look at Beto.

Not about this story, but notice how many liberals want to remain in their mask prisons even after the silly mandate has been dropped. They literally like being imprisoned by big government. Liberals really are the biggest threat to freedom. They seem afraid of freedom because they would have to think for themselves and make their own decisions. So scary

Politicians should not prosper while in Washington. They are elected to work, and help the folks they represent. THIS has been bastardized into a “gimme, gimme” job description, which attracts vile folks to work the system. We the people are the only ones who can right the ship….

That’s how it’s done! Get yourself elected in Government and then enrich the entire family by immoral and corrupt deals and then hound a Republican President out of office in addition to playing the Race card every day!!

I would be willing to bet, that over 2/3 of Senators/Representatives have done the same thing. How many of these people, went in as middle class and came out 4-5 tears later with millions. Check the Speaker of the House’s family. This is really old news, which will be forgotten in a day ortwo.