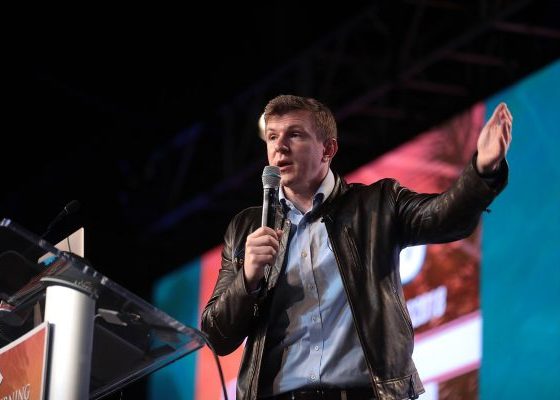 The FBI carried out raids on two locations associated with the conservative group ‘Project Veritas’ on Friday, allegedly as part of an investigation into how the group came to possess copies of pages from the diary of President Joe Biden.

As the New York Times reports:

The Justice Department searched two locations associated with the conservative group Project Veritas as part of an investigation into how a diary stolen from President Biden’s daughter, Ashley, came to be publicly disclosed a week and a half before the 2020 presidential election, according to people briefed on the matter.

Federal agents in New York conducted the court-ordered searches on Thursday — one in New York City and one in suburban Westchester County — at places linked to people who had worked with the group and its leader, James O’Keefe, according to two of the people briefed on the events. The investigation is being handled by F.B.I. agents and federal prosecutors in Manhattan who work on public corruption matters, the people said.

Project Veritas did not publish Ms. Biden’s diary, but dozens of handwritten pages from it were posted on a right wing website on Oct. 24, 2020, at a time when President Donald J. Trump was seeking to undermine Mr. Biden’s credibility by portraying his son, Hunter, as engaging in corrupt business dealings. The posting was largely ignored by other conservative outlets and the mainstream media.

The website said it had obtained the diary from a whistle-blower who worked for a media organization that refused to publish a story about it before the election. It claimed to know where the actual diary was located and that the whistle-blower had an audio recording of Ms. Biden admitting it was hers.

The investigation reportedly began under the term of then Attorney General William Barr after the Biden family reported that several of the family’s personal items were missing after a burglary.

ANOTHER ACT BY THE A G GARLAND AGAINST THE CONSERVATIVE PROJECT VERITAS STATION NOW SENDING THE F B I , THE ” FUNNY BOY’S INSTITUTION ” AFTER THE TRUTH AND HONESTY OF THE NEWS NOW DAYS!