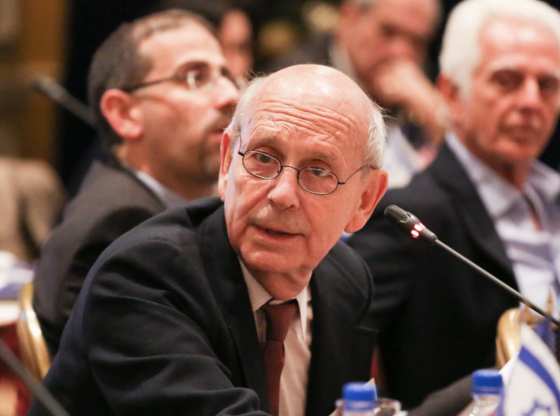 The far-left group ‘Demand Justice’ is now demanding that liberal-leaning Justice Stephen Breyer retire so that President Biden can appoint America’s first black female justice to the Supreme Court while Democrats continue to hold the Senate.

The news comes in the wake of a report indicating that President Biden is appointing a special commission to study whether or not add seats to the court as a way of packing it to favor Democrats.

The group launched its effort Friday and wants Breyer to step down so that President Biden can appoint the first Black woman to serve on the Supreme Court while Democrats have control of the Senate.

“We are now firmly in the window when past justices have announced their retirement, so it’s officially worrisome that Justice Breyer has not said yet that he will step down. The only responsible choice for Justice Breyer is to immediately announce his retirement so President Biden can quickly nominate the first-ever Black woman Supreme Court justice,” said Brian Fallon, the executive director of Demand Justice and a former top aide to Schumer.

Ketanji Brown Jackson, a judge on the U.S. District Court for the District of Columbia appointed by former President Obama, is considered a top candidate to make history on the high court. Biden recently nominated her to fill Merrick Garland‘s open seat on the D.C. Circuit Court of Appeals.

He’s only 82. Surely he can wait four years. It’s what’s best for the nation.

I shall be praying earnestly for justice Breyer to live for at least another 4 years. President Trump will nominate an excellent conservative who will interpret the Constitution as written. Hang in there justice Breyer. Don’t be bullied by the EVIL Left. Keep the seat warm for President Trump.