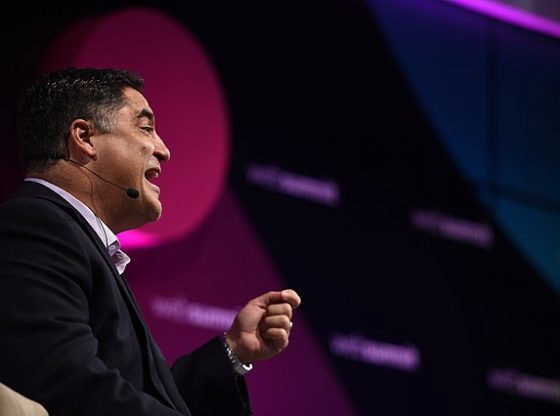 Amid the chaos in Ukraine with President Vladimir Putin invading the neighboring country, far-left Democrats are going on unhinged rants, some even claiming right-wingers love Putin because he’s a “white warlord.”

That’s exactly what Cenk Uygur, the host of The Young Turks and a failed Democrat congressional candidate said amid the turmoil in the region.

“Right-wing doesn’t love Putin just because he is an authoritarian, tyrannical leader, they love him because he’s a WHITE authoritarian leader. Race has become more important than even nationality. They’ve turned on democracy and now even America, in favor of a white warlord,” wrote Uygur.

Conservatives responded with bewilderment by the unhinged statement. Podcaster Graham Allen clapped back, “You are the dumbest human in history…..literally the most insane thing I’ve read in a very long time.”

The New Hampshire Libertarian Party responded to Uygur with a meme:

Jessica O’Donnell of The Blaze wrote, “[H]ere it is. [T]he dumbest [R]ussia take.”

Another account wrote, “Kind of cool to know that when the world ends this guy is going to be there tweeting the dumbest s**t imaginable up until the last possible moment.”

The left wing in this country has truly gone batshit insane. https://t.co/zZp6jf42DN

Guess they won’t ban that misinformation.

I have no idea who this fool is but it’s a good thing he failed in his bid for Congress. There are enough crazies already in Congress on the demokrat side, we really didn’t need another one. 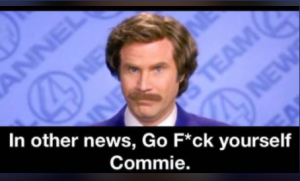 Of course Uygur is blaming right wingers as loving Putn. Turkey has been trying to conquer Crimea and make it an Islamic state with additional funding form Qatar. Uyguyr know the history and is tring ti distract. During 75 years of Communism Russia had to supress Islamic take over by the minority Muslinm population trying to take over the Crimea. It s not Polticaly Correct for the MSM to blame Islam for what is happening in the Ukraine. Islamist Terrorists aretring to get nuclear mateirl for Chernoble to build dirty boms – teh frst thing Putin did was secure chernoble an place a military guard the Ukrainian’s did not care to do. Why is the MSM not inquiring about that? Why? Because it destroys RINI George Bush’s narrative about the religion of peace.

Americans must just face the fact that modern Democrats are ,”No damn good’ period”. Every time they open their mouths they spew lies, hatred, and still more lies. The whole political party is filled with low self esteem and self-hatred. They have truly gone politically insane – and they seem to enjoy it!!

Anyone ever hear this? Keep your friends close and your enemies closer.

Where does this dumb ass get off trying to make this a racist issue with Russia an conservatives.

This guy is a babbling fool.

It all make sense now Joe Biden was influenced by Russia through Hunter by money to not allow Ukraine in NATO and this energy though fake climate change initiative , that’s why we are where we are at now.

This poor man is clearly unhinged, off in the lala land of paranoia. Too much deviant ideology levitating three centimeters above the ground is a dangerous master. Typical Democreep!