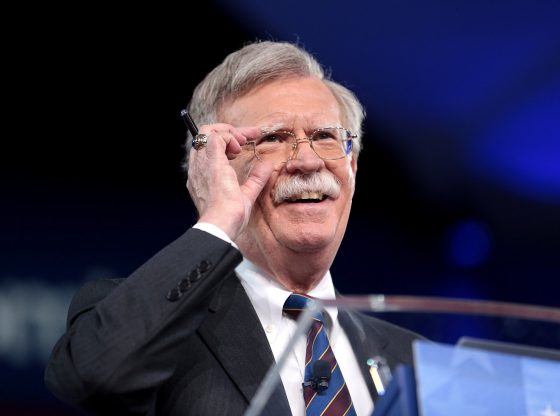 After Russia launched an invasion of Ukraine last week, many critics of President Biden have vocalized their desire to have Donald Trump–and his tough personality back in the White House.

It’s impossible to not recognize the differences between Biden and his predecessor, one was critiqued for his mean tweets while the other is criticized for cutting days short in the White House and avoiding reporters’ questions on his mental fitness.

Even Trump himself has noted that Russia did not take such aggressive action until he had left office, attributing it to his no-nonsense behavior with Vladimir Putin. However, Trump’s former national security adviser John Bolton not only disagreed with Trump’s claim but went far enough to claim the former president was actually too weak on Putin.

Bolton fired off against Trump during an interview with Newsmax’s Rob Schmitt.

“I mean, he took a very tough stance against Russia. I’m surprised you don’t think that he would have handled it better than Joe Biden,” Schmitt told Bolton.

“He did not,” Bolton replied. “We didn’t sanction Nord Stream 2. We should have. We should have brought the project to an end. We did impose sanctions on Russian oligarchs and several others because of their sales of S-400 anti-aircraft systems to other countries. But in almost every case, the sanctions were imposed with Trump complaining about it, saying we were being too hard.”

“The fact is that he barely knew where Ukraine was. He once asked John Kelly, his second chief of staff, if Finland were a part of Russia. It’s just not accurate to say that Trump’s behavior somehow deterred the Russians,” Bolton said.

“John Bolton was fired because he believes anything less than war is not enough. President Trump ensured peace during his administration and ended wars, making Bolton irrelevant,” Budowich said.

Despite Bolton’s obvious disdain for Trump, the rest of the country believes the former president was better equipped to handle the crisis in Ukraine. A recent Harvard Center for American Political Studies-Harris Poll survey last week found that 62 percent believed Putin would not be moving against Ukraine if Trump were still in office.

I believe Putin delayed his assault on Ukraine because he wasn’t sure what Trump might do. And he had no reservations at all regarding what the coprolite in chief would do.

Bolton is a warmongering self-promoting liar.

A dismal failure and now a media hack.

Why do you give this little cretin any air time. He joined the national Guard during the VN war to avoid combat, yet he seems to always be the first in the room to rattle the sabre for war. he must think that ridiculous mustache makes him look tough.