Everyone Punching Back Against the ‘War on Christmas’ 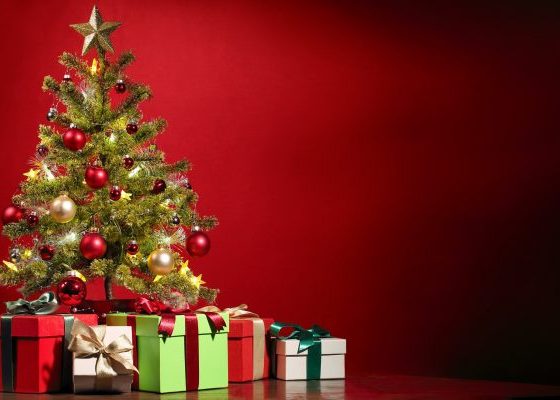 From burning down the Fox News Christmas tree to pandemic mandates attempting to discourage the celebration of the holiday, a true ‘war on Christmas’ has been launched by liberals and leftists and has been underway for years.

Some people have finally had enough however and many are fighting back against the “war on Christmas.”

Here are some of the strongest fighters who support the holiday honoring Jesus’ birth and refused to be silenced by the woke mob:

Gov. Noem was not phased by Biden’s anti-Christmas threats, writing, “We plan on doing business as usual and celebrating Christmas. I think the president’s outlook is focusing on the negatives.” She added, “This country needs hope and they need to remember the promises of Christmas and love they have for their family and friends, and enjoy the season.”

(No spare ammo for you, though) pic.twitter.com/EnDYuXaHDF

Fox News’ Peter Doocey punched back against the Biden White House against the Democrats’ war on Christmas.

"We've seen an arsonist burn down a half-million-dollar Christmas tree in New York City — back out on the street! Does the president think that that’s good governing?" pic.twitter.com/B3ZfBk65Mk

President Trump has been leading the charge against the war on Christmas and he recently spoke with former Arkansas Gov. Mike Huckabee about it.

"Mr. President, I want to say, because of you, a lot of Americans have had some great Christmases." — Mike Huckabee to Trump #NotACult pic.twitter.com/NQvshit7cF

Conservative activist Brigitte Gabriel has been strong in her support for Christmas, making many statements defending the holiday.

The War on Christmas is real.

Joe Biden is waging a war on Christmas, just look at the White House decorations!

We all know the Christmas war is being waged. What THEY don’t understand is the Spirit of Christmas. It accompanied the soldiers who beat the British. It was there at the battlefields in the Civil War, and the Great wars since that time. The time has come for the Spirit to rise. We NEED Christmas to survive as a Christian nation. Without it, we are as lost as the sheep on that first magnificent night. MERRY CHRISTMAS!!!

Christ is the culmination of the Hebraic ethic: love God and love your neighbor as yourself. Translation: The Golden Rule, to wit: treat others as you yourself would wish to be treated. Reportedly there is arising a groundswell of Christianity, believe it or not, in Communist China. The Communist government is working hard to suppress it, but they cannot conquer forever.

One of the first things Socialists must do to succeed in bringing about Socialism is to rid citizens of any beliefs in an entity that is responsible for an intelligent design and creation of the Universe. Christianity is the largest target for hateful, godless Progressives, so Christianity is being attacked the most vehemently. In order for Socialist elites to get the masses of citizens to believe in government as benevolent source of everything for them, those Socialists must get the masses to stop believing there is a creator of all things that has designed the nature of the Universe to be our source of benevolence. Our focus of belief is what needs to be altered. Socialists must get us to have more faith in other mere human beings who happen to be wealthy and politically powerful rather than having faith that the Universe was designed to take care of us when we know where to seek what we truly need. One of the basic needs of human beings is to have purpose. That too is something that Socialists take away from us when they portend they will “take care of us, with the products of our toil and sweat.”