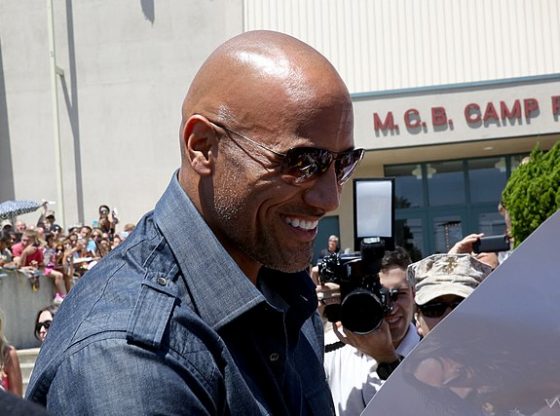 CAMP PENDLETON, Calif. - Actor Dwayne "The Rock" Johnson took selfies with fans and signed autographs before the screening of his new movie "Hercules" at the base theater here July 24...Some fans lined up as early as 3 a.m. at the theater to meet the actor. Via Wikimedia Commons.
News |

“don’t be angry Ms Katie. It’s not our fault you’re turning tranny tricks to put yourself thru nursing school,” the Red Notice and Jungle Cruise star wrote in a 2011 tweet.

Johnson’s tweet resurfaced after he responded to criticism of his support for Rogan, stating “I was not aware of his N-word use prior to my comments,” adding that this has been a “learning moment” for him.

Social media users quickly pointed out that a lot of Johnson’s comments — that were once considered harmless — are now considered a cancelable offense in today’s woke, irascible society.

He doesn’t want people to see it.

What a cowardly BITCH! pic.twitter.com/dT4jWce5KQ