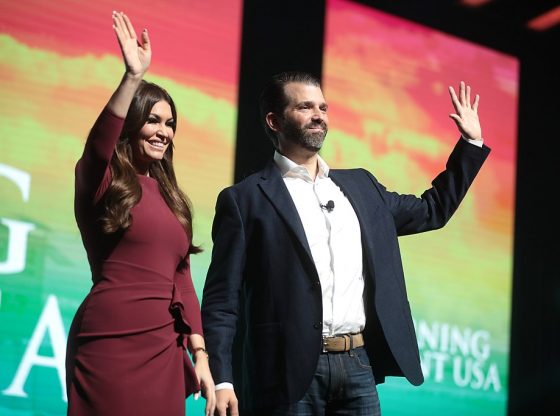 The pair has been “engaged for nearly a year,” the New York Post reported Monday, citing a source close to the couple.

The eldest son of former President Trump proposed to the ex-Fox News personality on New Year’s Eve of 2020, but word of the engagement emerged this week following an Instagram post by Guilfoyle showing her sporting a diamond ring on her left hand.

In the post marking Trump Jr.’s 44th birthday, Guilfoyle wrote, “I can’t wait to spend the rest of our lives together.”

Guilfoyle and Trump Jr. began dating in 2018. Both have children from previous marriages.

May their union be blessed by GOD.