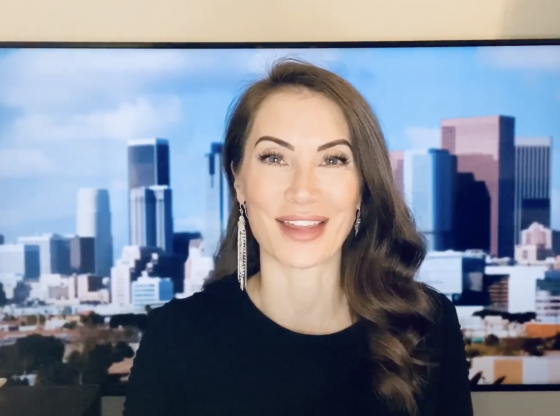 Opinion,Videos |
Democrat Senator Furious With Biden Over His ‘Inaction’
College Professor Says She’s ‘Disturbed’ By How Many White Men Still Talk About 9/11

Hi Amanda, hope you are well. Been watching you since you first joined Rebel news a few years ago.

Other than the Book of Revelation, I highly suggest you read, ‘The Decline of the West’ by Oswald Spengler if you haven’t read it already as it in part, describes our current time; something which my American friends and I discuss periodically on our international church forum.
Thank you for being as objective as you can be. You are a superb, intelligent journalist: a warrior at the edge of time.

My favorite American of history is former Secretary of State, General George C. Marshall. He was a humble Christian, master strategist, soldier, statesman, diplomat and family man.
As an outside looking into the United States (as I am a Canadian), the U.S.A. always works best when it has a leader which loves its people. Whether that be George Washington, John Adams, Thomas Jefferson, Abe Lincoln, Theodore Roosevelt, Dwight Eisenhower, John F. Kennedy or Donald Trump. Right now you have an imposter in Joe Biden; the result of massive fraud and deliberate cheating of an illegitimate election. You cannot have a stable country when you have a leader who despises the very country in which they live. I know that is true from watching both the elder and younger Trudeau Prime Ministers here in Canada, sell out our country to the United Nations.

I would expect the political situation to get worse before it gets better. I hope you can get an in-depth interview with Governor Ron DeSantis. He reminds me a lot of John F. Kennedy.

God bless and you look fabulous!

So the communist democrat cult party pandering fool is worried about American Patriots, what a Donkeyhole!

BUSH IS OLD AND SEANILE AND SHOULD NOT Be aloud to open his pie hole !!! he was as worthless of a pres. as oblama. would not give a plugged nickle for either one of them. I would how ever like to buy them for what they are really worth and sell them for what they think they are worth. I would be able to pay off the national debt . And still have money !!!!

That is NOT true!

Where are the words ”Jan 6 or ”Trump supporters?” The only ones tearing down national monuments are leftists!

And why don’t they make more well known that the DAMOCRAPS paid the money to make this virus. With tax payer money . they should take all the money that those 80% of those DAMOCRAPS that think commie joe is doing a good job at what I don’t know. and take the money from the rhinos step them completely of EVERTHING they own and put tbe money towards the national debt. for being a bunch of fraudulent thieving liers put them in prison then in front of a firing squad.

[…] Read More on to that Topic: thehollywoodconservative.us/articles/disgusting-bush-equates-patriots-to-terrorists/ […]

[…] Read More on to that Topic: thehollywoodconservative.us/articles/disgusting-bush-equates-patriots-to-terrorists/ […]

[…] Information to that Topic: thehollywoodconservative.us/articles/disgusting-bush-equates-patriots-to-terrorists/ […]

[…] There you will find 75608 additional Information to that Topic: thehollywoodconservative.us/articles/disgusting-bush-equates-patriots-to-terrorists/ […]

[…] Find More on that Topic: thehollywoodconservative.us/articles/disgusting-bush-equates-patriots-to-terrorists/ […]