Disgruntled ex-Trump Lawyer Has Most Insane 2024 Prediction Yet 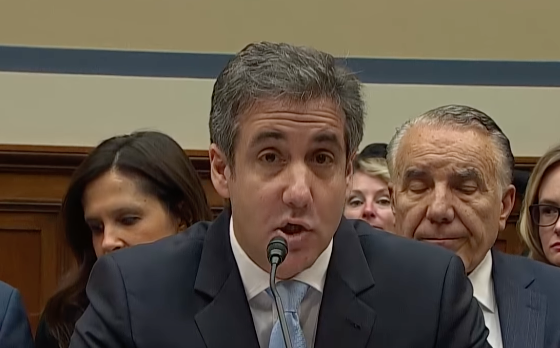 A disgruntled former lawyer to President Donald Trump, Michael Cohen, said Monday on SiriusXM’s “Mornings With Zerlina” that Trump will not run for a second term because “he does not want to go up against” Rep. Liz Cheney (R-WY).

Cohen said, “I do not believe Trump is going to run. First of all, he knows that he can’t win the general election statistically, and his fragile ego will not allow him to be a two-time loser. I just want to be very clear on that.”

He continued, “Second. I believe that if, in fact, that he runs, he is not just going to get the nomination by the Republican party, by the RNC. There are going to be plenty of people that are going to challenge him. And rightfully so.”

Cohen added, “He does not want to go up against, like, for example, Liz Cheney, she already stated, ‘If he’s running, I’m running too.’ Uh, and then there’s, there’s so many others that you want to — Ron DeSantis, he’s already lost in a poll to Ron DeSantis, who I think is possible — equally or even greater of a threat to this democracy than even Donald, first of all, he’s smarter than Donald, and I think he’s more sinister.”

Cohen previously claimed that Trump allegedly kept top-secret documents at his home because “[h]e’s gonna use it as a ‘get out of jail free’ card. It’s a way to extort America,” Cohen suggested.