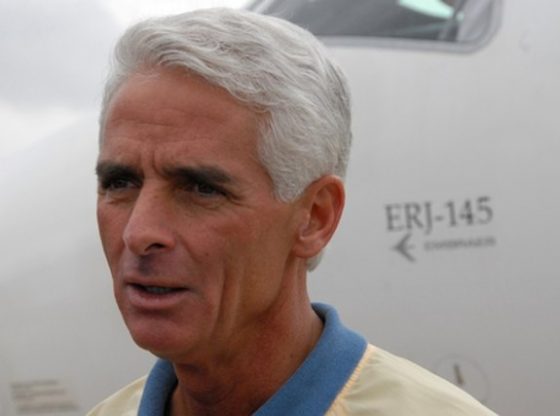 On Sunday while appearing on CNN, Rep. Charlie Crist (D-FL), who is the Democrat nominee for governor to go up against Gov. Ron DeSantis (R-FL) in November, defended comments by Joe Biden labeling Republicans who support President Trump “semi-fascist.”

“He’s got to express and be honest about what he feels in his heart and soul,” Crist told CNN host Pamela Brown. “I think that is probably exactly what he did.”

Crist, who labeled DeSantis as “dictatorial” last week, praised Biden during the appearance.

“Governor DeSantis teed off on Walt Disney,” Crist said. “Why? Because they decided to express their right to free speech about a piece of legislation the governor was considering signing. As a result, because they exercised their right to free speech, he tees off on them. Now, I don’t know what term you want to apply to that. I think he is an autocrat who clearly wants to tell everybody what to do.”

Crist continued, “He is anti-democratic. I’ll put that label on him.” He added, “I am a Democrat running to protect democracy, everybody’s right to vote and he is on the other side of it making it hard to mail in ballots.”

It's a day that ends in Y, which means @CharlieCrist is on CNN defending his role model and idol, Joe Biden.

CNN: “What do you think about the president calling millions of Americans semi-fascist?”

Crist: Biden was being "honest."pic.twitter.com/leuysKl4VH

Always believe the opposite from what Democrats say because that’s who they are!!