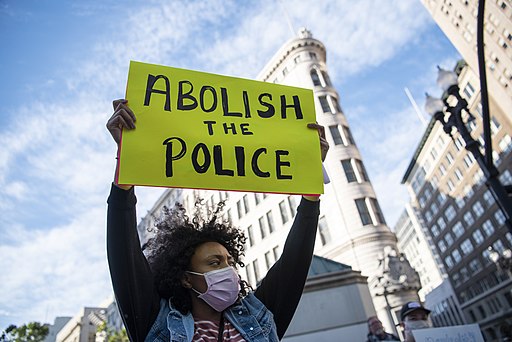 NEW YORK — As violent crime surges from coast to coast, Democrats could do one of two things about their defund-the-police initiatives that are propelling this mayhem. They could defend their efforts and say, in essence, Who cares about the burgeoning carnage? We want social justice, the blood of innocents be damned. Or they could apologize: We blew it! Our soft-headed ideas were gunned down by reality. Sorry!

Instead, Democrats are performing a political trifecta of hypocrisy, deceit, and psychological projection: Democrats didn’t defund the police. Republicans did.

Lying Democrats now blame Republicans for defunding police and, presumably, unleashing the ensuing epidemic of lawlessness. Their “proof?” Republicans opposed Biden’s $1.9 trillion American Rescue Plan that provided $350 billion in aid to states, cities, and tribes. Nowhere does this 242-page bill mention “police” or “law enforcement.” This legislation lets “public safety officers” participate in an $80 million allotment for “mental health and substance use disorder training.” Also, “public safety” is among the purposes of a $772.5 million outlay to Tribal governments.

Now, post facto, Biden encourages states and cities to spend some of this $350 billion on police. If Biden told them tomorrow to dedicate this sum to food for orphans, he could slam Republicans for “starving orphans to death.”

This massive, filthy lie is refuted easily by Democrats’ pro-defunding comments and the defunding perpetrated in Democrat-run cities after the May 2020 murder of George Floyd beneath the knee of Minneapolis Police Officer Derek Chauvin.

–Last July 8, activist Ady Barkan asked candidate Joe Biden in a virtual interview, “But do we agree that we can redirect some of the funding?” away from police.

–ABC News’ George Stephanopoulos asked candidate Kamala Harris on June 9, 2020 if she supported Mayor Eric Garcetti’s (D – Los Angeles) plan to “take some of the money from policing, about $150 million, invest it in health initiatives, training initiatives for youth.”

–Vanita Gupta, now Biden’s Associate Attorney General, said on June 16, 2020, that officials should “decrease police budgets and the scope, role, and responsibility of police in our lives.”

–Congresswoman Ilhan Omar (D – Minnesota) told a rally on June 7, 2020: “Not only do we need to disinvest from the police, but we need to completely dismantle the Minneapolis Police Department.”

Atop these and many more pro-defunding comments by the Democrat-Left, leaders in Democrat-run cities defunded their police departments. Among numerous such actions, consider these:

According to the National Fraternal Order of Police, Portland’s homicides soared 800 percent through May 25, 2021 versus that date last year.

–The Washington, D.C. City Council’s Committee on the Judiciary and Public Safety voted unanimously on June 25, 2020 to defund $15 million from the Metropolitan Police Department and shift that sum to social programs. Homicides up 35 percent.

–The New York City Council that day voted 32-17 to defund the NYPD by $1 billion. Homicides up 22 percent.

–The Minneapolis City Council voted 7-6 last December 10 to defund its police department by $8 million and spend that sum on other services. Homicides up 56 percent.

Beyond defunding, Democrats demonized police as trigger-happy racists who shoot blacks for sport. This has fueled resignations, retirements, and a “don’t get involved” attitude by cops in metaphorical handcuffs.

Rather than make jackasses of themselves by baselessly pinning their tails on elephants, Democrats simply should apologize for their massive defunding debacle and beg for the American people’s forgiveness.

The opinions expressed by columnists are their own and do not necessarily represent the views of TrumpTrainNews.com

Deroy Murdock is a Manhattan-based Fox News Contributor, a contributing editor with National Review Online, and a senior fellow with the London Center for Policy Research. Bucknell University’s Michael Malarkey contributed research to this opinion piece.

The devil is the father of all lies and people that live by lies are the devil’s own minions and have no belief in GOD.

Right out of Alinskys book, rules for radicals. Always blame someone else for what you’re doing.

How long os America going to put up with this BS?

That was Jen Psaki who started that particular trap for the eternally gullible. Her nickname should be “Spinderella”.

Below you will discover the link to some web pages that we feel you should visit.

[…] There you will find 10017 additional Info to that Topic: thehollywoodconservative.us/articles/democrats-blame-gop-for-democrat-invented-defund-the-police-efforts/ […]