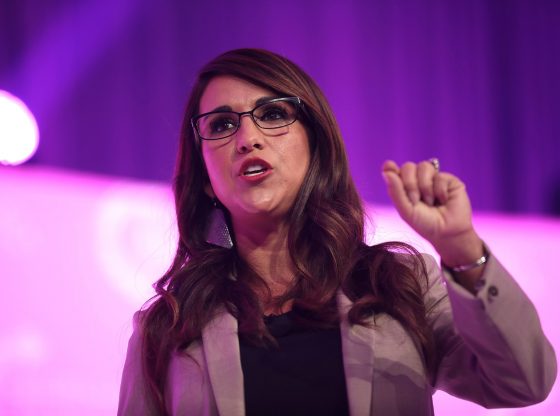 A would be challenger to GOP Rep. Lauren Boebert has now been forced to drop out of the race due to redistricting issues.

The top challenger to Rep. Lauren Boebert (R-Colo.) suspended her campaign after a redistricting map was finalized by the courts.

Colorado State Sen. Kerry Donovan (D) announced Friday she was suspending her campaign after the redistricting map drew her outside of the 3rd congressional district Boebert represents.

“While each $15 check in the mail with a memo ‘we believe in you’ or $20 donation at a meet and greet made me more committed by the day, the congressional maps failed to recognize the complexity of rural Colorado and instead divided communities, protected incumbents and ignored Coloradans’ voices,” Donovan said in a statement.

“As a result, there is no viable path forward for me to remain in this race, and I have made the decision to suspend my campaign for Congress,” she added.

Other Democrats, like Rep. Donald Valdez (D), are now lining up to challenge Boebert in 2022 however.

Biden is a total loser! The guy is losing his memory day by day. Shame on the administration and Jill, especially Jill for forcing the old man to run for Pres in the first place! Greed and power makes evil, nasty people and extremely uncaring about the people they work for😡

C’mon man! O’Biden is in 3 states EVERY DAY…unconscious, semi-conscious and confusion.

Wow, globalists realized they could not create enough voter fraud to appoint donovan .

This elder abuse by dr jill, needs to be investigated,this incoherant,phony, embarrassment,puppet isn’t mentally fit, to be leading this country, and needs to be removed for total incompetency, for failing to fulfill his oath, of protecting America,and our borders and national security of the country.

[…] Find More on that Topic: thehollywoodconservative.us/articles/democrat-challenger-to-gop-rep-lauren-boebert-drops-out-of-race/ […]

[…] Read More on to that Topic: thehollywoodconservative.us/articles/democrat-challenger-to-gop-rep-lauren-boebert-drops-out-of-race/ […]

[…] Information on that Topic: thehollywoodconservative.us/articles/democrat-challenger-to-gop-rep-lauren-boebert-drops-out-of-race/ […]

[…] Find More on that Topic: thehollywoodconservative.us/articles/democrat-challenger-to-gop-rep-lauren-boebert-drops-out-of-race/ […]