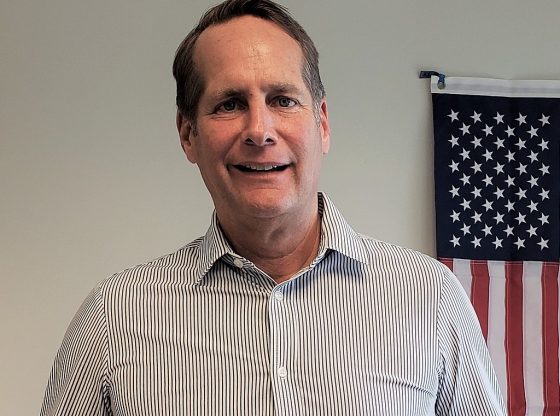 “The fact that 6 million more morons voted for this man is mind-boggling to me,” Rouda said, reflecting on why he believes he lost his House seat in 2020. “Thank goodness about 11 more million Americans voted for Joe Biden.”

“There were a lot of low-propensity, uninformed voters who came out and voted for Trump and the down the ticket. That impacted me,” he continued. “When you look at this district, it was 89% turnout. So 89% of the registered voters voted.”

During the town hall, Rouda expressed optimism that he can win back the House seat because Trump won’t be at the top of the ticket and claimed “Trumpicans” likely won’t flock to the polls. However, he did acknowledge it would be a “tough road ahead of us.”

“We’ve got a tough road ahead of us, she is the incumbent, but we have done this before, we know how to turn this seat from red to blue and we will do it again,” Rouda said. “It’s going to take all of us being fully engaged.”

This Guy looks like the poster boy for the one called MORON.

Exactly my thought on seeing him! I would like to let him know that he’s got another shock coming when he loses again! Who will he blame then!

Their are all brain dead like zombies dead —alive person!

calling people who disagree with you “morons” is spiteful and ill mannered. It does not win friends and influence people, real morons excepted, of course.

Now this is the pot calling the kettle black. There is no one more moronic than the liberal Democrats. They opposed Presidents plans regarding some bilks, but since he is no longer in the White House, they are trying to use his plan themselves. What a bunch of losers.

rum dumb i always thought all the morons were you democrats, we just let you guys win so you wouldn’t buy any more b.s papers from Chris steel . at the tax payers expense so quit crying cause history repeats itself. you will see in 2022 we win you lose.

LETS BEAT THE POS SHIT UNTIL HE IS IN PAIN UNTIL HE DIES. WHICH WILL BE VERY SOON SINCE ALL DEMOCRATS ARE TRAITORS AND WILL BE EXECUTED. CANT WAIT. IMAGINE A SCUM BAG IN RAT HOLE CA CALLING ANYONE A MORON. WHERE IS BLM AND ANTIFA WHEN NEEDED?

Among my degrees is the PhD in Engineering from UCLA; and my considered opinion is that this writer Rouda is a complete low-IQ moron.

Another not that smart Democrat in a largely Republican district making stupid comments about voters he needs to get elected. Name calling is for morons.

We’re the morons?!!! None of us has Biden on the brain like the Democrats focus on Trump all the time. They just CAN’T seem to get Trump out of their heads!!! Hilarious!!!

There all jealous Trump is respected .

Im beginning to think trump cant run in 2024 because he apparently is still in office as described by this “moron” whats his name.

AND YOU THINK YOURE NOT? YOU ARE DELUSIONAL, IDIOT!

I would rather be a moron than a complete IDIOT. Check it out in the dictionary, if you do not know the difference.

Those “morons” appear to be much smarter than those who voted for Democrats in 2020. Those “morons” didn’t vote for a mostly stagnant economy, rampant inflation, including fuel prices 40-50% higher, much higher deficits, and loss of freedoms.

Hah! You know Trump is surging in popularity because Democrats are displaying full psychosis again.

Another hare filled liberal and a real loser on top of that. What excuse does he use for losing on 2020? Ignorance

AND YOURE NOT? SURE YOURE RIGHT! HA!

And Rouda is an axxwipe.

No, an axxwipe is better than Rouda!

it takes a special kind of stupid to be a socialist DemonRat and you cant fix stupid.

Must have been looking in the mirror!!

Democrats are KNOWN for pointing out what THEY DO and what THEY ARE by claiming it is the other side. I would say that have this right….Yup MORONS!!!!

Seriously Trump supporters are morons then what do you call the idiots who voted for Biden at least America was doing great under Trump to bad the same can’t be said now that the dementia riddled, pedophile is at the helm! 🤬🤬

I doubt if Biden got 10 votes. He had two rallies where 10 people came, so they thought it was a good idea that he not have rallies, so…back to the basement. One place, the reporters showed up, and NOBODDY came.

This guy seems to be having trouble putting a sentence together and speak clearly…who is the moran?

There was voter fraud and investigation is finding it

Remember all dems project. what they do and then blame or say about Republicans , they really are talking about themselves. a metal disorder.

Rounda is the Moran, not the Trump voters. We are educated adults with the brains to see what a half wit fool Joe Biden is and voted for the best President since Regan. This fool simply is opening his mouth and inserting his foot to create some press for himself because he doesn’t have a record to stand behind. Voting for him is like voting for Biden. Bad news!

Be careful, Rouda! Every time you point your ‘MORON’ finger, there are three fingers pointing right back at YOU.

Oh yes, who is the MORON now?? Supporting a senile old geezer President makes you deaf, blind and incoherent! Did that fix it for you??

He is not the quality man that his father was. He sure steered away from his family roots, so sad.

Being called a moron by a moron; now that is amusing:-)

Especially, when we are the”Deplorable’s” and proud of it.

So he is saying that he is more intelligent than a group 6 million people without knowing them personally.

Only a tantrum throwing 4year old child would think that.
He has exposed himself as a narcissist moron.
Only other morons could vote for him.

He’s got his nose up someone’s ass, he’s just a puppet . He’s a dumb Moran how many million voters aren’t going to vote for you. Dumbass.

Moron is that the new Deplorable?

Would you like to call me Moron to my face, Asshole.
I intend to meet you, jerk. Are you ready for that?

As the border gets over run, inflation sky rockets and the biden administration works to take away more of our freedoms. Let’s not forget newsoms recall. I don’t think this guy will be winning anything.

I think he meant Mormons.
All he has to do is look at his current leader if he wants to see what a moron looks like.
So rouda the moron, was trained by biden the moron, great teacher.
And, if little rouda thinks that biden fairly received more votes than president Trump, maybe he taught biden how to be a moron.
Liberal democrats are funny. Stupid, lazy, uneducated, but funny, in a funny way.

sounds like a typical Californian….which didn’t used to be the case here….and which is why Gov. Gray Davis was recalled and why the Gavin Newsome recall effort is doing well…we are also working on Gascon…who doesn’t believe in jail time

Pretty clear who the moron is in this discussion and his last name is Rouda.

To late, we are the basket of “DEPLORABLE’S” and proud of it. You know what happened to the witch that said that.

Rouda does not have enough since to come in from a shower of shhiitt.He is a total fool.

Don’t respond to this guy. There’s a reason why he lost his seat in the first place. So who’s the moron?