Dem Demands a ‘Call to Arms’ for Pro-Abortion Activists 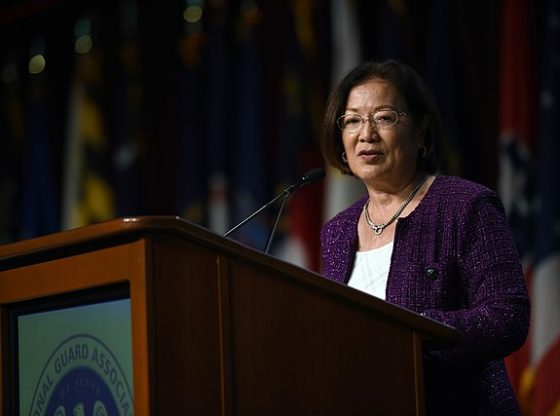 Hirono’s remarks came after Republican Sen. Lindsey Graham of South Carolina announced the introduction of the Protecting Pain-Capable Unborn Children from Late-Term Abortions Act Tuesday, which would prohibit abortions after the 15th week of pregnancy while allowing states to have stronger protections.

“Talk about government overreach,” Hirono said. “When I hear my colleagues talking about how it should be states’ rights or government should not be telling us what to do, the word ‘hypocrites,’ it doesn’t even go far enough to call them out on what they’re doing. This is an outright attack on women in this country. That is how I see it.”

“That is how more and more women and those who support our right to make decisions about our own bodies, that is how we see it,” Hirono continued. “And why? Because that’s what’s happening. Madam President, I yield the floor. But clearly, this is a — literally call to arms in our country. I yield the floor.”

Hirono voted for cloture to break a filibuster in order to pass the Women’s Health Protection Act, which would allow federal courts to override state restrictions on abortion.

Hirono is not new to extreme remarks, with much heated rhetoric targeting pro-lifers, Republicans, and conservatives in general.

Hmmm, I wonder how the left would react if a republican demanded a “call to arms” to pro-life individuals to protect the rights of unborn children?? (domestic terrorist, violent rhetoric, attack threats to kill woman who want abortions, they will burn down abortion clinics, etc.). Oh, I forgot racist, can’t forget that, because many women who chose to abort are minorities! We all know that would be 24/7 on the lame stream news. Just sayin!