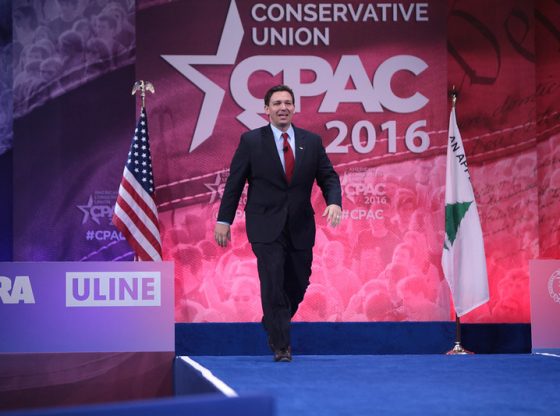 The latest edition of the Conservative Political Action Conference’s straw poll reveals who conservatives most support to run for president in 2024 to win back the White House and the results were not close. Over the weekend in Dallas, Donald Trump reminded like-minded conservatives why he’s still king of the party when he won the straw poll by over 70%.

On Sunday, the former president spoke at CPAC and thanked attendees for the overwhelming support as he wrapped up the conference. Trump’s major boost shows a distinct increase in support for another campaign compared to the last CPAC straw poll conducted in late February during CPAC Orlando.

The straw poll answered by more than 1,500 CPAC attendees also said that 88% of respondents approved of the job Trump did in the White House.

Since 2016, Trump has become the face of the Republican Party with many supporters flocking to CPAC. Over the weekend, booths and stands sold tons of Trump merch to proud conservatives sporting red, white, and blue.

Days before Trump delivered his remarks to the conference, crowds of attendees could be heard chanting, “Trump!” in large ballrooms. One chant occurred while Trump’s son, Donald Jr. spoke at CPAC after he asked the crowd, “What was Donald Trump right about? Everything.”

It wasn’t seconds before the crowd broke out in rapturous applause and started cheering for Trump.

The CPAC straw poll is only the latest indication that Trump still holds a tight grip over the party and likely will for years to come. However, despite supporters hoping he mounts another campaign the former president has kept details close to the vest only dropping the occasional hint that the future for the GOP is bright and he intends to stay involved.

Biden Admin Slammed for Saying Cubans are Protesting COVID Deaths Rather Than Freedom
CPAC Straw Poll Reveals HUGE Winner! Vote For Your Favorite In The Comments!

The ideal scenario would be Mr. Trump throwing his full support behind Ron DeSantis

how to buy mushrooms online toronto

[…] Find More on on that Topic: thehollywoodconservative.us/articles/cpac-straw-poll-reveals-odds-on-favorite-for-2024/ […]