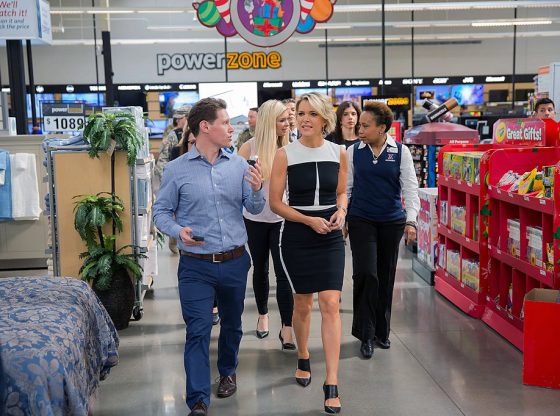 CNN personality Don Lemon has filed a legal complaint against journalist and popular podcast host Megyn Kelly. Lemon filed the court documents after Kelly hosted Dustin Hice on her podcast to discuss current allegations of Lemon’s sexual misconduct. Hice has accused Lemon of sexual misconduct during a 2019 encounter in a bar.

Radar Online obtained the complaint, filed by attorneys representing Lemon, which accuses Kelly of giving a “lopsided and inaccurate” version of the encounter between Lemon and his accuser, Dustin Hice. The complaint comes after Kelly invited Hice onto her SiriusXM radio show to discuss his allegations against Lemon.

Hice has accused Lemon of sexually harassing him in 2018, before Lemon announced his engagement to his partner. Hice alleges that at one point, Lemon “had his hand in his [Lemon’s] pants rubbing himself aggressively, and he shoved two fingers underneath” Hice’s mustache. Hice filed a lawsuit a year after the incident, claiming he has suffered “feelings of shame, humiliation, anxiety, anger, and guilt.”

The Daily Wire reported that a “source close to Hice’s attorney says that Lemon offered a six-figure settlement to resolve the matter before discussions failed and Hice filed the lawsuit.”

Lemon has denied the allegations against him and is now attacking Kelly for hosting Hice on her podcast.

“Although you advertise your podcast as featuring ‘honest’ conversations without ‘BS’ or ‘agenda,’ your podcast today, in which you interviewed Dustin Hice, reveals that you only pay lip service to journalistic ethics,” the letter said.

“He has his hand in his pants rubbing himself aggressively, and he shoved his two fingers up underneath my mustache.”

Dustin Hice, who is suing CNN's Don Lemon over an alleged assault of a sexual nature, exclusively details the incident.

Don Lemon is a coward and a jerk. He protects the Democrats at all cost.

Don Lemon is a sleazy guy, no matter his sexuality. And why does EVERYTHING have to be about sex with these ‘celebrities’. If the allegations are true, why didn’t Don Lemon just complain to management if he felt like fans were interfering with him on a night out ’? But to put your hands down your pants, etc. Gross!

Homosexuality is the destruction of any nation and it’s people. I wouldn’t cry about this Donny. But get ready for what’s to come if you don’t repent to Christ.

its because she is so pretty and he is ugly.he will lose

“Although you advertise your podcast as featuring ‘honest’ conversations without ‘BS’ or ‘agenda,’ your podcast today, in which you interviewed Dustin Hice, reveals that you only pay lip service to journalistic ethics,” the letter said. OMG, “Don the Lemon” saying this is actually funny! Talk about a person with no journalistic ethics! It’s the “pot calling the kettle black”. OMG, can I say that, or will I be called a racist?? Lemon offered a cash settlement to Hice so yea, that kinda implies you were guilty in the first place Donny!

Since when is doing an interview against the law? The lawsuit should be laughed out of court. But of course all the lies lemon told about Trump and the right is ok. I think all of us on the political right should sue Lemon. What is good for the goose is good for the gander, right?

Lemon’s biggest problem is that he has nowhere near enough intelligence for the important career he is in.

He thinks being a serial liar is his most valuable asset.

As dumb as they come.

[…] There you can find 92718 more Info on that Topic: thehollywoodconservative.us/articles/cnns-don-lemon-files-legal-complaint-against-megyn-kelly/ […]

[…] Info to that Topic: thehollywoodconservative.us/articles/cnns-don-lemon-files-legal-complaint-against-megyn-kelly/ […]