“This is a very real, very substantial investigation of potentially serious federal crimes,” Elie Honig said Wednesday morning on the network. “We are seeing federal prosecutors in Delaware do exactly what you would expect to see federal prosecutors do in this situation.”

During the 2020 election when Hunter’s laptop and suspicious business dealings were first uncovered Donald Trump repeatedly accused the media of intentionally ignoring the story.

Many media outlets have through independent fact-checking shot down some of Trump’s various claims of corruption against the Bidens. Yet The Washington Post this week published a 3,000-word investigative report confirming key details of Hunter Biden’s business dealings in China.

The Justice Department is reportedly continuing to look into potential illegal lobbying allegations against a consulting firm tied to Ukrainian energy company Burisma, on whose board Hunter Biden once sat.

“There is a realistic chance this could result in federal charges,” Honig said. “Of course, then we’d be in unprecedented political territory — not legal territory but a situation of having potentially the Department of Justice prosecuting and trying to imprison the son of the president.”

I think CNN needs to make a full front page apology to all sane Americans admitting they were snookered by the Biden family and all of their dumokrat supporters. 🤣

Apology, hell they should fire everybody above the copy boy, then close the joint.

Political territory should not be part of this equation. In the public’s collective mind, a criminal who also is the president’s son, is far more heinous than ordinary scum. We won’t be treated to a high speed chase or video of the arrest and back seat ride. But with luck, we’ll se him rat out his criminal father.

Nothing would be more gratifying than to see the Secret Service turn the CIC (Coprolite in Chief) over to ordinary law enforcement. Bottom line is the American public needs to know that high political office doesn’t also mean special and fabulously enriching entitlements. Both should be subject to the same laws we would be.

This is small stuff, they did fix the election. And what about the next one, they talk about a GOP take over. But President Trump had the last one won, and look what happened. The GOP should learn one thing from the Demos, They stick together, good-bad, or ugly, they cover each other. But on the other hand we have Romney, and that guy with many chins, and a few others.

Hunter did what he was raised to do! Why are we shocked? His father has been bought & paid for by the Elites from the beginning of his political career, and while Trump took the blinders off the American people so we could no longer deny the depth of corruption in our government, it was again “no real surprise”. Factual Books were written as far back as the 60s about the “Deep State”/ “Elites”!!! We choose to ignore it! Shame on Us!!! There will come a time when we learn that the Deep State and the “security” agencies that they use, like Hitler’s Brown Shirts, orchestrated the January 6th riot!! Can someone tell me how you conduct an “ Insurrection” unarmed?? Hunter will just disappear right after his Father leaves office, even if the Republican win! Why is that possible?? Look at how many Romneys, Klinzingers, Cheney’s and lesser RINOs are still in the GOP! Pray & Practice!

I’m not shocked at what he did, but by so many on both sides of the aisle who covered for his family. Can’t understand how Sleepy got so much power, for doing nothing, but taking a paycheck from us for his life. Gives a new meaning to, only in America.

Biden family is a disgrace to America

But somebody rid the numbers to make part of that family where he is. My wish is, when I die, don’t let me vote Democrat. 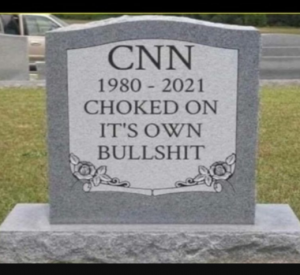 “we’d be in unprecedented political territory — not legal territory but a situation of having potentially the Department of Justice prosecuting and trying to imprison the son of the president.”
Gee, they weren’t trying to do that to Trump’s sons for 4 years, were they?

A criminal is a criminal. What should it do with politics, even though in this case it has. I believe all this nonsense when it becomes factual. Like with Durham, what is taking so long. I get it with Durham’s case, there were dozens of criminals involved. Here you have the Biden crime family and foreign bribery.

Wonder if he is worried about when his dad is not in the office, and GOP is in charge? And still, people think Biden is doing a good job. Remember when the far left take over, the first ones to go are the rich educated. How is Polucy going to feel about sharing her ice cream?

His whole family has been doing this, every since Sleepy Joe first entered politics. Nothing will happen to him, but if it does he will be told not to do it again(which he won’t be able to with Joe’s position ) And a $50 dollar fine, and 1 year of community service. Biy I would like that trade, Billions for that sentence. When the GOP takes over we’ll see.

CNN is loke the old batwing doors on a bar, it depends who is pushing them, to which way they swing.