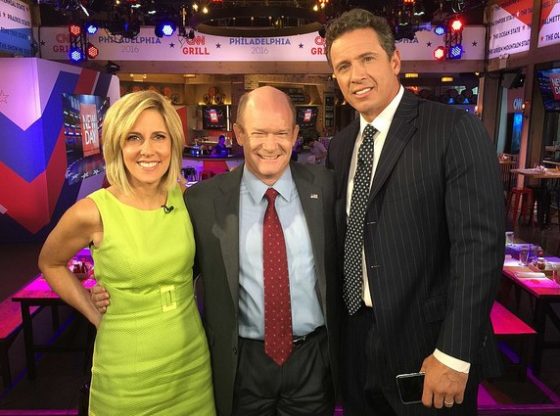 In December, Cuomo was fired by the network after reports revealed that he assisted his brother, former New York Gov. Andrew Cuomo avert sexual misconduct allegations.

“It should by now be obvious that Chris Cuomo did not lie to CNN about helping his brother. In fact, as the limited information released from WarnerMedia’s investigation makes clear, CNN’s highest-level executive not only knew about Chris’s involvement in helping his brother but also actively assisted the Governor, both through Chris and directly themselves. As CNN has admitted, network standards were changed in a calculated decision to boost ratings.  When those practices were called into question, Chris was made the scapegoat,” attorney Bryan Freedman told Fox News Digital.

“The legal action filed today makes clear that CNN wrongfully terminated Chris and further violated the express terms of his employment agreement by allowing its employees to disparage him,” Freedman continued. “Chris is owed a full apology from those responsible.”

WarnerMedia’s third-party probe into CNN’s handling of the “issues” associated with Chris Cuomo and his big brother found that Cuomo, Zucker and fellow CNN executive Allison Gollust all violated company policies related directly to news. Zucker was forced to resign in February for his role weeks after he fired Cuomo, and Gollust exited the company later the same month.

“As a result of Turner’s indefensible choice to unceremoniously fire him, Cuomo has been damaged in countless ways,” the filing stated. “Cuomo has had his journalistic integrity unjustifiably smeared, making it difficult if not impossible for Cuomo to find similar work in the future and damaging him in amounts exceeding $125 million, which includes not only the remaining salary owed under the Agreement, but future wages lost as a result of CNN’s efforts to destroy his reputation in violation of the Agreement.”

Lol this dumb MF thinks he can demand money.