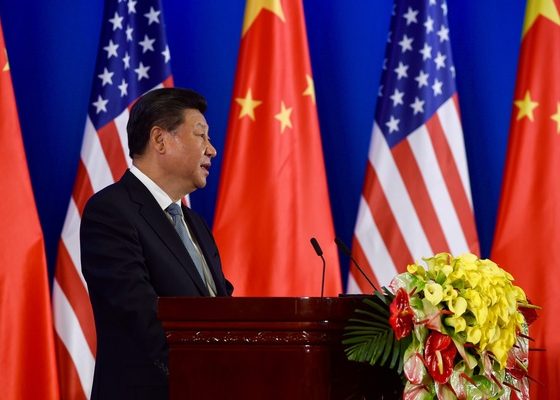 China is interested in the vaccinations of our youth. So interested, in fact, that its state media showed up at a vaccination site at an LA high school.

“A student receives a dose of the COVID-19 vaccine at the Woodrow Wilson Senior High School in Los Angeles, California, the United States, on Aug. 30, 2021,” the photo caption reads.

In May, Xinhua’s U.S. division registered as a foreign agent – three years after Trump’s Department of Justice ordered the outlet to do so. Axios reported at the time, “The media organ is owned by the Chinese government, run by senior Communist Party officials and widely seen as a Beijing mouthpiece.” According to Axios, the filing under the Foreign Agents Registration Act “disclosed $8.6 million in payments since March 2020 from Xinhua’s Chinese parent to its U.S. arm, including payments directly to bureaus in Washington, Los Angeles, Houston, San Francisco and Chicago.”

“Thanks largely to its stable of propaganda operations, China is now the top spender on foreign influence operations in the U.S.,” the Axios report said.

Xinhua’s pictures from Monday are available for licensing through Getty Images, which describes itself as “the largest global distribution network” for premium visual content in the industry. Along with numerous legacy and alternative news outlets, The Daily Wire is a subscriber to the service but has a policy against publishing state-run media images without disclaimers.

LA’s school district is mandating that all teachers and staff get fully vaccinated by October 15th.