Black Lives Matter Gets the Boot From Major Charity Platform 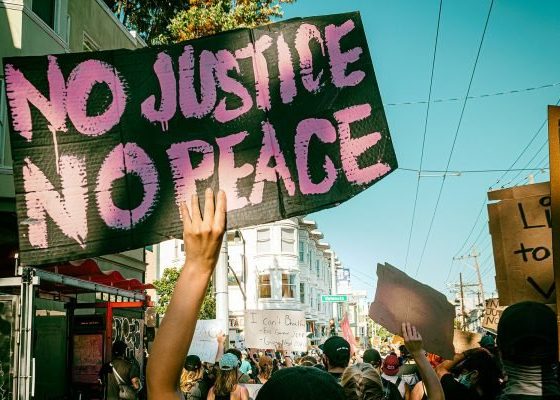 Recently, BLM’s finances have been called into question after failing to report what it did with millions of dollars raised during the second half of 2020.

In early February, BLM shut down its online fundraising after two states issued legal threats to the group for its failure to report its finances.

BLM remains out of compliance in California and Washington, as well as in New Jersey, North Carolina, Connecticut, Colorado, Maryland, Maine, and Virginia.

BLM recently retained the services of the law firm owned by prominent Democratic lawyer Marc Elias, who is best known for his funding of the discredited anti-Trump Steele dossier while he served as Hillary Clinton’s 2016 campaign general counsel. BLM also elevated longtime Clinton family confidant Minyon Moore to its board of directors, according to the filings. (per The Washington Examiner)

What Happened: AmazonSmile removed BLM from its platform on Tuesday.

Why It Matters: In the past, Amazon donated $10 million to BLM and 11 other social justice groups amid the nationwide unrest spurred by George Floyd’s killing.

Amazon has been a major revenue source for BLM and now marks one of the most prominent corporations to break with the social justice organization.

What Amazon Says: “Charitable organizations must meet the requirements outlined in our participation agreement to be eligible for AmazonSmile,” an Amazon representative told the Washington Examiner. “Among other eligibility requirements, organizations are required to be in good standing in their state of incorporation and in the states and territories where they are authorized to do business. Organizations that don’t meet the requirements listed in the agreement may have its eligibility suspended or revoked. Charities can request to be reinstated once they are back in good standing.”

How many of the foot soldiers of BLM realize they got scammed by their founder. She quit and took millions with her. How’s it feel to be owned by the Marxist b****h.

BLM is a Marzist commie Anti American group.
But of course not in the eyes of Tucson Mayor
Who put a banner up over city hall in there
honer .She also is a Biden lover so you know where her backing lies. That mayor is the biggest
Phoney going Her and most of that city council
that is.

From what I’ve seen and heard lately, Tucson, Az has gone to hell in a handbasket. When I was in graduate school there, the majority of the population, on campus and off, were at least a little rational in their thinking No more! It looks to the nation that they are all dumb as a post – sort of like Barack Obama was and is.

Let’s make it clear I have no axe to grind
Personally With the Tucson Mayor.
But He politics stinks and she is garage as far as Tucson Mayor goes. Tucson now is now being run by Marzist commies who have turned our city Into a resting place for anti American scum.

When are Americans, rich and poor, going to realize what the BLM organization REALLY stands for? Wake up – you dumb-assed public! These people are hard-left Marxists and totally and completely anti American to their core! People of the United States, get your stupid brains working and start being Americans again!

BLM is openly a Marxist organization. That ALONE should prevent them from being a charity and considered a threat to our nation. The now-retired President purchased 3 mansions . . . . . in all-white neighborhoods, no less. But stupid people and businesses continue to hand them money and for what??????