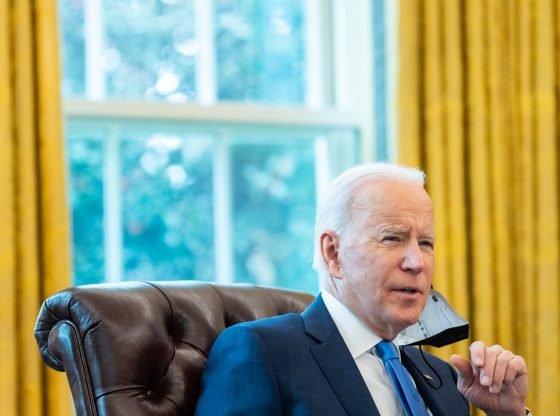 A top pollster for the Biden Administration is now warning fellow Democrats that Americans are now ‘pissed’ and that the party will face a ‘really sour environment’ heading into the 2022 midterms.

President Joe Biden’s chief pollster John Anzalone warned Democrats about major electoral problems going into the 2022 midterms in an interview released Friday, although he believes that they can still avoid major losses.

Anzalone, who also worked on Hillary Clinton’s 2016 presidential campaign, has previously warned of Biden’s low approval rating overall and among Hispanic voters in particular. He told Politico’s Ryan Lizza that voters are unhappy with the Democrats’ lack of action on key issues such as inflation and health care.

“Voters are very much in ‘What have you done for me lately?’ They always are. And they don’t feel Democrats can get their shit together and get things done,” Anzalone said.

Biden's campaign pollster John Anzalone thinks Ds are blowing it on their economic messaging by not highlighting inequality enough:

"We’re scared of our own shadow on taxes, and it fucking makes no sense"

Anzalone also pushed back on the perception that Hispanic voters primarily care about immigration.

It’s not what Democrats haven’t done; it’s the problems they’ve created with what they have done and all the more dangerous things they would do if they could. People just don’t want their agenda, which is anti-American and anti-middle class.

I remember a famous analogy from a book revealed to me by a friend. We have choices in life that reduce to two alternatives: GUNS vs. BUTTER. Translate this how you want, but I find that one can seek (1) Essential MUST-HAVES, or (2) NICE-to-HAVES. The Democrats for far too long have wallowed in their comfortable corrupt slime, depriving the American people of what they need. For too many years they have chosen the BUTTER and tried to enforce their directives by illicit means: propaganda and coercion. Their BUTTER has gone rancid and it is high time for them to fall.