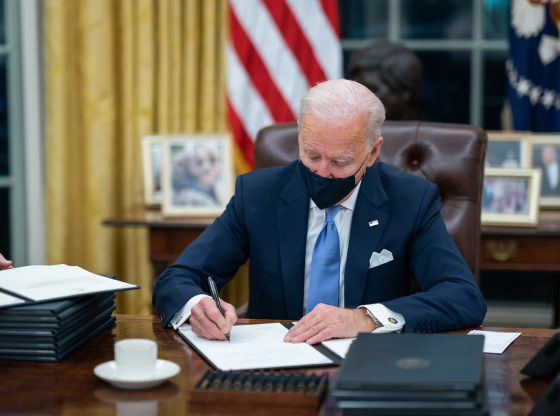 The Biden Administration fully halted all executions of federal prisoners on Thursday citing an alleged disparate impact perpetrated by the death penalty against people of color.

On Thursday, U.S. Attorney General Merrick Garland blocked federal executions, writing to his Department of Justice in a memo that the application of the death penalty had exhibited “arbitrariness in its application, disparate impact on people of color.”

The Department of Justice must ensure that everyone in the federal criminal justice system is not only afforded the rights guaranteed by the Constitution and laws of the United States, but is also treated fairly and humanely. That obligation has special force in capital cases. Serious concerns have been raised about the continued use of the death penalty across the country, including arbitrariness in its application, disparate impact on people of color, and the troubling number of exonerations in capital and other serious cases. Those weighty concerns deserve careful study and evaluation by lawmakers. In the meantime, the Department must take care to scrupulously maintain our commitment to fairness and humane treatment in the administration of existing federal laws governing capital sentences.

In July 2019, then-Attorney General Bill Barr reinstated capital punishment, asserting, “Congress has expressly authorized the death penalty through legislation adopted by the people’s representatives in both houses of Congress and signed by the President. Under Administrations of both parties, the Department of Justice has sought the death penalty against the worst criminals, including these five murderers, each of whom was convicted by a jury of his peers after a full and fair proceeding.  The Justice Department upholds the rule of law—and we owe it to the victims and their families to carry forward the sentence imposed by our justice system.”

Is the Biden administration bravely fighting racism and discrimination or merely letting violent and evil criminals escape justice? Let us know what you think in the comments below.

You do the crime you should pay the penalty.

Unfortunately maybe the breakdown of the family in the black community results a disparate percentage of people of color perpetrating violent crime.

No doubt. And, unmarried females qualify for government assistance by having children. A hot mess…

well when did white not be come a color? guess they need the votes next year too bad people of all colors including white people can’t see what these DEMS are doing too this country . time to stand up and vote these RUM DUMS out and in with some new young blood.

They should execute Biden

All Biden is doing is further dividing this country. It appears to me that he had rather stir up strife than have peace. You talking about a racist decision – I’m sure you’ll see this issue in the SCOTUS, soon

NO EVIDENCE! I guess the AG and others in the DOJ all flunked basic logic. Correlation does not imply causation is a basic tenant of logic and reasoning. But they just used correlation as their sole reason for breaking the law.

The death penalty is the biggest deterrent to major felonies. Look what has happened/is happening to our country. 14 people killed over this last weekend in Chicago; what do those who so flippantly take another person’s life have to fear…NOTHING. The last death penalty execution in Illinois was in 1999. Look at all the death row inmates in CA (700 at last count). It’s no wonder major crimes are going crazy in this country. The Biden DOJ is full of imbiciles.

Biden and all Democrats are all worthless idiots and traitors should all be thrown out of the government immediately and permanently they all are ruining this country!

Going in the wrong direction as Biden and his DNC have done for generations! We will experience the tragic outcome by the destruction of America in full bloom!

The Biden administration is a fraud and trying to destroy our country. The Federal Death Penalty should be reinstated as well in the states. The Death penalty works as long as the process up to the perpetrators death is totally accurate and unquestionable. When it gets to the conclusion and a person is found guilty then put them to death..
Victims have rights and many Killers Rapists and others should be put to death.

* America understand this!
Democrats are a CANCER in todays SOCIETY!
These Democrat CRIMINALS do not represent the WILL of the PEOPLE the Law Abiding Citizens of this NATION!
Democrats represent CRIMINALS and ILLEGAL ALIENS not the LAW ABIDING CITIZENS of AMERICA!
AMERICA the time has come to CLEAN HOUSE VOTE OUT THIS CANCER!

We are now being governed by a large group of stupid people.

Biden is pushing political influence where it does not belong.

Wait….wasn’t it Biden’s crime bill in the 90’s that put all these perps on death row?

Biden states the death penalty causes a desparate impact on people of color. Let’s tell the victims family we can’t apply the established penalty for such heinous crimes because it might hurt someone’s feelings if they are people of the same color. Nevermind the victims, their families and societys need to see justice is done. The death penalty is the strongest deturant to prevent such future crimes against society. We need to make and enforce laws that serve to protect decent law abiding citizens, no matter their skin color.

How many trials/reviews does it take before actual execution? 6? 8? 10? At what point is it “enough”? Most such “death row” prisoners die of old age. Garland’s proclamation is largely a distinction without a difference.

Hey Biden what if one of your family was tortured and savagely & killed??? And given the death penalty ….
I’m sure you would say…hey com’on man…. just let him off he’s not white give me the keys…..you do the
terrible crime you have to pay….no matter!!!!!! Whats your problem man?????

Give them all the electric chair and biden to.

[…] Read More on to that Topic: thehollywoodconservative.us/articles/biden-admin-blocks-all-federal-executions-citing-disparate-impact-against-people-of-color/ […]

[…] There you will find 90590 more Information on that Topic: thehollywoodconservative.us/articles/biden-admin-blocks-all-federal-executions-citing-disparate-impact-against-people-of-color/ […]