AOC Hits Back at Marjorie Taylor Greene, Claims ‘These are the Kinds of People that I Threw out of Bars’

Radical-Congresswoman Alexandria Ocasio-Cortez hit back against GOP rival Marjorie Taylor Greene on Thursday after the latter confronted her at the Capitol building over her far-left record.

Rep. Alexandria Ocasio-Cortez (D-N.Y.) took a swipe at Rep. Marjorie Taylor Greene (R-Ga.) on Thursday, likening her to the “kinds of people that I threw out of bars” after the Georgia Republican aggressively confronted her outside the House chamber the day before.

“I used to work as a bartender. These are the kinds of people that I threw out of bars all the time,” Ocasio-Cortez told reporters on Capitol Hill.

“For me, this isn’t even about how I feel. It’s that I refuse to allow young women, people of color, people who are standing up for what they believe, to see this kind of intimidation attempts by a person who supports white supremacists in our nation’s Capitol,” she continued.

Greene is facing blowback from Democrats off the heels of a Washington Post report that she harassed Ocasio-Cortez on Wednesday and shouted at her as the two left the floor.

It seems that in spite of her progressive talking points, which frequently claim that she is fighting for the interests of the ‘working class’ AOC still can’t hide her own glaring arrogance and elitism.

hey ao you poured the brew . the bouncers got rid of the trouble makers.

Bartender? No way – she waitresses and maybe if a customer asked for bottled beer, she got one from bar and delivered it to the table. Yes…..bouncers do the physical work when it comes to troublesome customers. Unless she is keeping from us the fact that she is Black Belt in something??? Naah!

The only thing AOC throws out is BS. She is indeed an ignornant arrogant self proclaimed elitist who trashes everyone who opposes her radicalism and her Jewish racism. In my mind she is deeply mentally disturbed like her other gang of four. She is a disgrace to America as well as a sad reminder of the ignorance of too many voters that put these people in office to tear the very fabric of American independence and freedom with government oppression.

“I used to work as a bartender. These are the kinds of people that I threw out of bars all the time,” Ocasio-Cortez told reporters on Capitol Hill. ” Do you mean she physically did this herself? Didn’t they have any bouncer’s in the bar? Can this idiot walk, talk and chew gum at the same time? I never thought that the brain dead idiots who voted for her and put her in office, were that stupid? I guess I was wrong!

No not in her bar she attacked and bit them on the leg butt , arm whatever like the attack DOG she is

Disgraceful and embarrassing! Just proves how stupid some voters are. Why would an intelligent person vote for AOC?

She needs to be thrown out of the government and country permanently!

oh my, I am so impressed with all of that authority to throw some one out of a bar. step up to the podium and have the debate if you’re all that. no guts,, er i mean intestinal fortitude.

We all just wish she would go back to the bar

AOC is trash. This bimbo was working as a bartender, then lucked up and got elected. Now, she thinks she is so special that she can talk about throwing a decent woman out of a bar just because she has a different opinion. So much for female empowerment from the radical morons on the left. Total hypocrisy. Women are not respected on believed on the left, only used. AOC can’t hold a candle to someone like Rep Greene. That’s why weak women like AOC are afraid of her. Be very afraid you foolish AOC twit.

I’ve been single, and I’ve been drunk. But I’ve never been that single and that drunk. AOC is an absolute stupid hormone kill.

#AOC is an idiot. 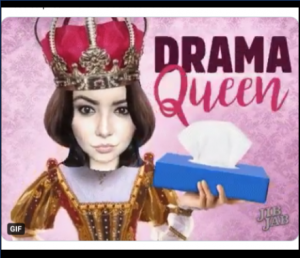 They knew knew she could take the place of the bouncer, you know 2 fer price of 1!

The mouthy bartender from Brooklyn should be thrown out of Congress and off the top of a tall cliff.

Perhaps the ANOTHER OFFENSIVE COMMUNIST (AOC) hesitates to look in the mirror for fear that she will learn about her, and her lemmings (Squad) behaviour and pronouncements since she defiled the hallowed halls of Congress.
It appears she was happier as a bartender, barista or whatever, and secretly yearns to be back in her old environment.
It’s BACK TO THE FUTURE time for her.

“I used to work as a bartender. These are the kinds of people that I threw out of bars all the time,” Ocasio-Cortez told reporters on Capitol Hill. ” Do you mean she physically did this herself? Didn’t they have any bouncer’s in the bar? Can this idiot walk, talk and chew gum at the same time? I never thought that the brain dead idiots who voted for her and put her in office, were that stupid? I guess I was wrong!

She squatted and pee’d on their leg lol

This twit couldn’t throw out the the butts in the ashtrays! This clown is one of the stupidest fools in congress and that is going some!!!!

Since she said it, I’d say “then go back to your bar where you belong – stay in your own lane”

She’s probably homesick for the days when she could simply throw people out for disagreeing with each other. Hopefully, this will be her last term since her voters have had ample time to assess her ineffectiveness.

We’ve got to throw her out of Congress! She can go to work at her old bar!

The bar don’t want her back

In my estimation, AOC is not built to throw anyone out of a bar. She needs to go back to her previous job, because she is useless in the House.

Instead of confronting Greene and debating her then, AOC waits until she has a spotlight to degrade Greene, and takes the low road saying Greene is a White supremacist and was intimidating and how she has fought for people of color and women. The only thing she has fought for is to try and change American History to fit the communist agenda and get people to hate our Country.

You did not kick anyone out of a bar HORSETEETH.
No one wanted to give a tip!
Young Nancy Pelosi
COMMUNISTS AND SOCIALISTS SUCK!

She threatened to kiss them and they left in a hurry

YOU are the kind of people we throw out of Congress! What sort of brain-dead vegetables elected this ditz anyway? Most probably ‘entitlement goons.’

No wonder the place she worked at in NYC had to close down and she got laid off.
Some good PR she expects from getting a business to shut down and throwing people out just because they were having a good time.

Nothing but an empty headed Bimbo, her and the rest of her squad, if people have enough sense they will all be voted out of office next election. They should have never been elected in the first place.

Only CRITTERS AND SKANK HO SUPPORTED THAT FLEA INFESTED BAR.

Hey, AOC!! MTG wants to debate you, why don’t you take her up on the offer??? We in the American public know why you will not debate her, she would wipe the floor with you, prove me WRONG!!!!! Thank you, with peace and love.

She agrees with white school children being bullied and humiliated in an attempt to totally devastate their young lives.
What hideous racist coward she is.