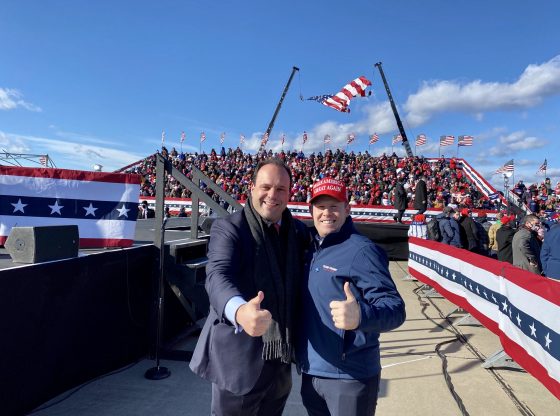 Andrew Giuliani, a former Trump aide and son of Trump lawyer Rudy Giuliani, is reportedly considering making a run for New York governor to unseat embattled Gov. Cuomo. According to an exclusive report from The Washington Examiner, Giuliani is “heavily considering” running against the Democrat next year.

“I believe I can win the race,” he said. “I think I’m the right candidate, and this is the right time to help change New York State, and we’ve got a playbook that works,” said Giuliani.

He has been encouraged to enter the race by several big donors and allies, including former New York City Police Commissioner Bernard Kerik. He is also close to many advisers from the Trump White House and conservative circles.

Governor Cuomo has been accused of sexual misconduct by 10 different women and has faced calls for impeachment from both sides of the political aisle.

[…] Info on that Topic: thehollywoodconservative.us/articles/andrew-giuliani-eyes-unseating-cuomo-in-2022-gubernatorial-race/ […]

[…] Find More on that Topic: thehollywoodconservative.us/articles/andrew-giuliani-eyes-unseating-cuomo-in-2022-gubernatorial-race/ […]