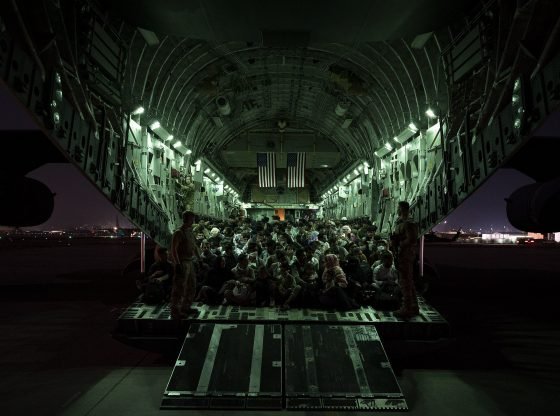 After 20 long-years of blood and sacrifice the war that began after the terrorist attacks of 9/11 on the US homeland has now finally come to official end.

The last American transport planes carrying the final American service members to leave the country have reportedly now offically departed the country on the orders of President Joe Biden.

Leaving the country firmly in the control of the Taliban and its terrorist allies, all while thousands of Americans are still trapped in the country.

AP: All U.S. troops are out of Afghanistan.

BREAKING: Gen. Kenneth McKenzie, commander of US Central Command, confirms Americans who “couldn’t make it to the airport” were left behind in Afghanistan.

No, America’s longest war has been against the babies in the womb of their mothers, and it has resulted in the death of approx. 70 million of the most innocent of all lives… And this nation will reap the death and destruction she has sown for the last one hundred years or more…
January 22, 1997, the Holy Spirit whispered in my left ear saying, “I will repay the United States double for her iniquities.” That was after I had just prayed about hearing on the radio that morning that since the Supreme Courts’ approval of Roe vs. Wade Bill there had been approx. 26 million abortions, and I had cried out, “God, that would mean the death of 52 million Americans!” Today the death toll will equal approx. 140 million.
If you do not believe in God nor the Holy Spirit speaking as I suggest, Google: Watchman48 “Are You Watching & Listening?” Read this 3-part series, it is a lot to read, but it should answer any doubts. Part #1 can be found in the month of May in the archive. I listed a few key points.
Part #1- Events #10 & 11: The Holy Spirit speaking the first two of eight births through my lips.
Event #12: Reveals how much God wants to be involve with your life.
Events #14 & #15: Absolutely none is hidden from God, this concerns the Space Shuttle.
Event #17: Forever changed this lukewarm Christian.
Event #18: Tells how God opened my eyes even wider, it is, “Life at Conception.”
Event #21: Starts the led into the #22, which is the 1st of three messages of the destruction of the United States.
Event #23: August 1994, warning concerning WTC #2 Tower.
Part #2- Event #26: January 22, 1997, The United States will be repaid double for her iniquities.
Events #36 and #37: Are the confirmations for the first prophecy I was led to in April 1994.
Event #38: Tells of the promise of our protection.
Part #3- Events – # 48 & 49: October 2004, Tells of the second major attack for the United States.
God has never allowed the destruction of a nation nor of its people before first sending His warnings hoping that the hearts of the people might turn to Him to be saved.

communist democrat cult party members will always lie to you as they take you FREEDOM!

[…] Read More on that Topic: thehollywoodconservative.us/articles/americas-longest-war-officially-ends-after-20-years/ […]