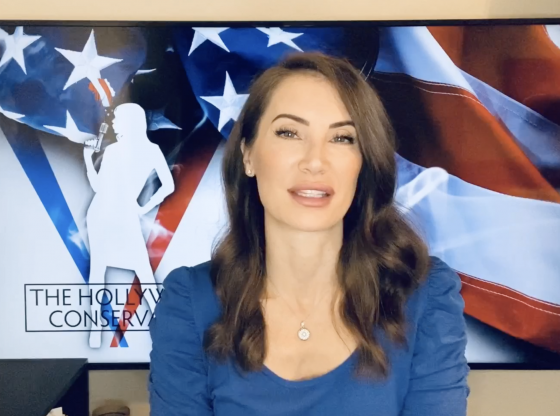 Amanda, there is something wrong with this day’s video post. There is no video and only a link to a javascript that appears to be a call to your webpage’s video player. Could you fix it so that we could enjoy the message you have to deliver in remembrance of the Taliban 9/11 attack? It would be appreciated.

Apparently no one at TheHollywoodConservative.us bothers to read these comments despite how few there are or seems to care enough about fixing the actual simple page coding problem on which I commented several days ago. That’s a shame because Amanda always has such good energy, wisdom, and factual information to share. I hope that Amanda sees this and rakes the appropriate folks over the coals for not doing their simplistic jobs.

The problem with the coding error is something that anyone who can read javascript, PHP, and other such Internet programming even in the slightest could fix within a matter of a few seconds. As such, neglecting to fix this is nothing short of incompetence and laziness!

I had been waiting seven years for that day, although I had no idea as to the date it would happen but I knew it was coming, and the next major attack will be a whole lot worst.
In Aug. 1994 after reading the WTC Building Engineer’s report on the #2 Tower bombing in Feb. 1993, I laid facedown and began praying… After this prayer the Holy Spirit spoke through my lips saying, “They are coming back to ‘HIT’ this tower again, when they do, they will ‘TAKE’ this tower to the ground.”
When the second plane hit I told a friend, this will be the first tower to go down because it had a lot more weight above the fire.
I shared God’s warning for the next seven years as I traveled most from coast to coast to whomever would listen until the morning of Sept. 11, 2001.
God has never allowed the destruction of a nation nor of its people before first sending His warnings, hoping that the hearts of the people might turn to Him to be saved. There are two more major attacks coming for us here in the United States.
Most Christians have very little understanding as to how active God and the Holy Spirit are today. They like to say what God can and cannot do, God has no limitations on Himself, other than He will never sin nor will He cause man to sin.
If you are wanting more information on how I was led to the coming destruction of the U.S., Google: Watchman48 “Are You Watching & Listening?” Read the three-part series, it is a lot to read, so I included a quick search for some key points here for you. Part #1 can be found in the month of May in the archive.
Part #1- Events #10 & 11: The Holy Spirit speaking the first two of eight births through my lips.
Event #12: Reveals how much God wants to be involve with your life.
Events #14 & #15: Absolutely none is hidden from God, this concerns the Space Shuttle.
Event #17: Forever changed this lukewarm Christian.
Event #18: Tells how God opened my eyes even wider, it is, “Life at Conception.”
Event #21: Starts the led into the #22, which is the 1st of three messages of the destruction of the United States.
Event #23: August 1994, warning concerning WTC #2 Tower.
Part #2- Event #26: January 22, 1997, The United States will be repaid double for her iniquities.
Events #36 and #37: Are the confirmations for the first prophecy I was led to in April 1994.
Event #38: Tells of the promises of God for our protection.

Was at La Canada home of sister at time glued to images day 1
Saw new video on NG & AHC this week.
& Fox aired Lost Calls from 9/11
Need a Memorial Wall to ALL Our forces killed in Stan since deployed in 2002+

I was at work at an IL university as a janitor. While walking through the lounge for students on my floor the TV was left on as I went to turn it off I saw the planes fly into the towers first one then the other. I couldn’t believe what I saw. I thought at first that a pilot had a heart attack at the controls until I saw the second plane go into the other tower. I will never forget it as long as I live.

It was my birthday and I was at work at station #5. It was the day I lost 343 brother firefighters!

I was living in a homeless shelter…

just got injured at work had to go home to find a notice of forclosure in the mailbox and that my wife was sending my mortgage money to her boyfriend in prison. now wasn’t that a TOTALY lovely day.

[…] Information to that Topic: thehollywoodconservative.us/articles/amanda-remembers-9-11-where-were-you/ […]