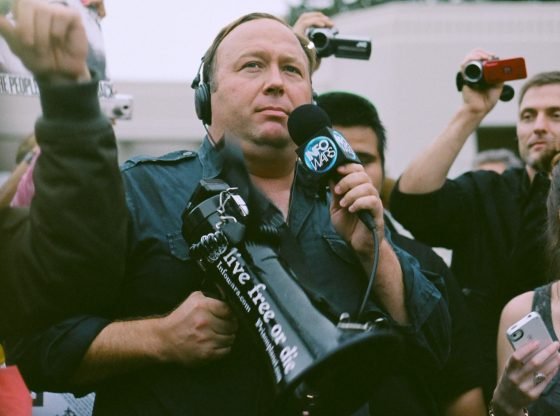 The famous conspiracy theorist and media personality Alex Jones has now been found liable by a judge for his prior claim that the 2012 Sandy Hook massacre was faked.

Conspiracy theorist Alex Jones was found legally responsible in two lawsuits for damages resulting from his claims about the Sandy Hook school shooting in 2012, according to court documents released Thursday.

A judge issued default judgments Monday against Jones and his right-wing website Infowars for failing to comply with orders to provide information for the lawsuits brought by parents of two children killed in the shooting, according to CNN. The rulings effectively mean that Jones lost the cases by default, CNN noted. A jury will decide how much he will owe the plaintiffs.

Mark Bankston, an attorney for the parents, told CNN that the rulings will provide his clients with “the closure they deserve.”

“Mr. Jones was given ample opportunity to take these lawsuits seriously and obey the rule of law,” Bankston told the news outlet. “He chose not to do so, and now he will face the consequences for that decision.”

Jones was forced to admit in 2019 that the shooting was real and blamed a ‘form of psychosis’ for his questioning of the shooting.

Why does anybody listen to this ASSHAT?

Curious what the “damages” are. It’s not like anyone believed him.

This is total BULLSHIT. We know that judge is a liberal

Someone should ask him why all of the disease ridden illegal aliens crossing the southern border are not required for the jab,but we are? Ha! Does this make any logical sense?

The Democrat Party is a logic-free zone.

Interesting how the news cycle is used to distract from the real news that has an effect on all of Us—like the Biden Administration’s latest act of treason where they have been caught taking down sections of WALL in Arizona—encouraging more INVADERS.

If the demonicRATS gave the same attention to details with BLM. Antifa “Summer of love”,, or the rioters at the Capital on January 6th (Again BLM and Antifa) or the Portland fiasco or Joe Biden’s catalogue of crimes including son Hunter????? Or Pelosi’s treasonous relationship with teh CCP and Mexican Drug and human trafficking Cartels? But then again, the Democrats and a few Rinos are in bed with the CCP for handsome reward

ammo for sale on ebay​

[…] Information on that Topic: thehollywoodconservative.us/articles/alex-jones-found-liable-by-judge-for-sandy-hook-case/ […]

[…] Read More on that Topic: thehollywoodconservative.us/articles/alex-jones-found-liable-by-judge-for-sandy-hook-case/ […]