Actress Jennifer Lawrence Gets a Failing Grade in Life 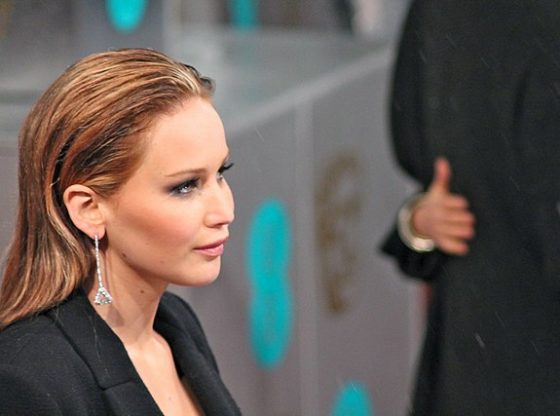 won’t ever agree to disagree and has to inject his or her deranged opinion into every formerly pleasant Thanksgiving or Christmas gathering. It’s a pain, especially since conservatives are generally, philosophically live-and-let-live-type people. But we endure it because we love that person and we are mature enough to put politics aside. But imagine if your family’s idiot liberal was also a Hollywood star. Imagine how extraordinarily insufferable that would be. Such is the case for actress Jennifer Lawrence’s Kentucky family.

Lawrence, who is a new mom, recently sat down with Vogue magazine to discuss a variety of topics, but mainly politics and her family. Rather than subjecting you to all of her quotes, I’ll give you the top lines. The first jarring revelation is that she has nightmares about Tucker Carlson. Yes, Tucker Carlson, as in, the show host on Fox News. Never mind the fact that her first breakout role and subsequent Academy Award for that role was thanks to the infamous molester and sexual abuser Harvey Weinstein. His company produced and distributed ‘Silver Linings Playbook,’ though Wikipedia has done a fine job of whitewashing that fact from both Jennifer Lawrence’s page and the Wiki page for that movie. But there are plenty of archived articles on the internet that attest to the veracity of his involvement in the film. And a simple Google image search will lead you to dozens of pictures of Lawrence and Weinstein cozied up at various events. After allegations began to emerge about Harvey Weinstein’s sexual deviance, Lawrence said she was “deeply disturbed.” Deeply disturbed enough to have nightmares on par with the ones you’ve had featuring Tucker Carlson?

Back to the rag interview, she doesn’t get along with her family back in the Bluegrass state because they are supporters of Donald Trump a.k.a. Orange Man Bad, henceforth referred to as OMB. Lawrence sanctimoniously impresses upon us the effort she had to put forth to
forgive her own father of such a horrendous crime. “I just worked so hard in the last five years to forgive my dad and my family and try to understand: It’s different. The information they are getting is different. Their life is different.”

Honey, they’re getting the same information. They’re just, in addition, getting more and better information. Your life, your lifestyle, your mentality, your politics – no one on earth is ignorant of that. Y’all make sure of it. They aren’t missing information or context about what you believe. They are bombarded by it in their daily lives, on the nightly news, in music, in movies, on television, and in fashion. Middle America literally can’t escape people like you pontificating to them how enlightened you are compared to the flyover country peasants. A more likely scenario may be that you are ignorant to their way of thinking and the reasons behind supporting OMB. But trust me when I say not one person out there has been spared hazardous exposure to the cancer that is Hollywood elitism and liberalism.

She continued during the interview to discuss politics and said, “I can’t f— with people who aren’t political anymore. You live in the United States of America. You have to be political.” Of course she feels that way. Sadly, gone are the days when we can all just be civil and have conversations about life that don’t surround the happenings in Washington, DC. It’s also pertinent to note that her politics come from a script. She claims that she was once a social conservative but that watching Tina Fey’s character, Liz Lemon, on the hit NBC show ‘30 Rock’ changed that. For someone whose job is pretending to be someone else, acting the part of a character someone else created and reciting words someone else wrote, this isn’t that revelatory. Part of me feels bad for someone who suffers from such mental vacuousness until I remember what she said about her family. For that, I hope if she ever tries to go home, those Kentuckians won’t let her in.

I’m the ONLY conservative in a family full of liberals. She makes me sick. She’s also a misandrist.